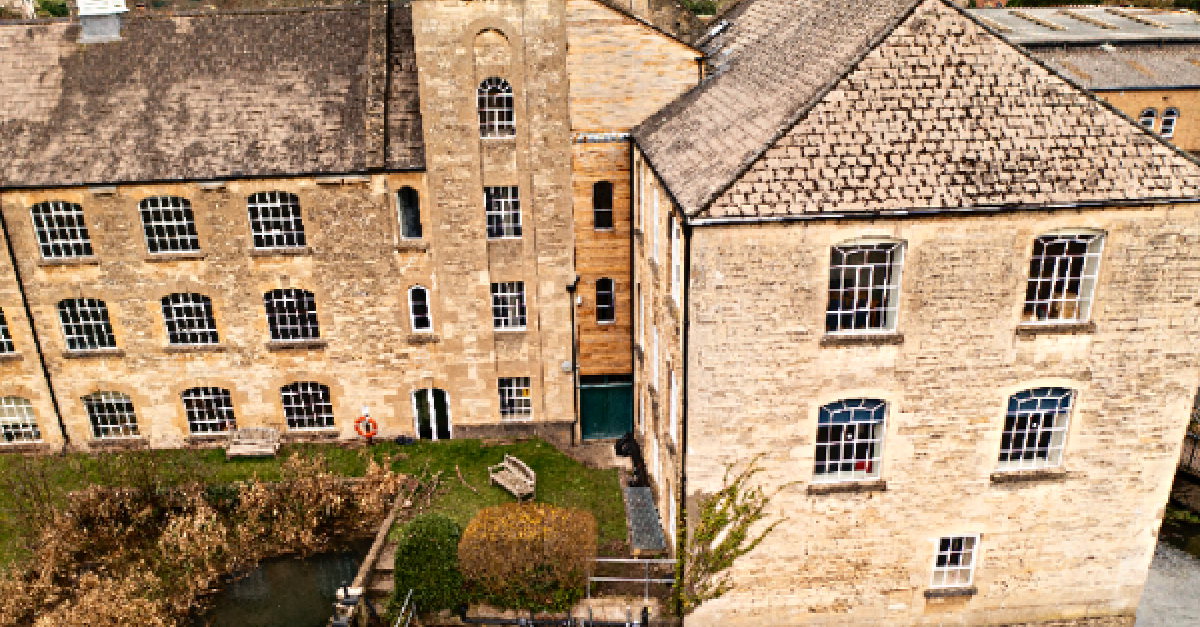 The design, installation and commissioning of water source heat pumps at two Grade II* listed sites, former woollen mills, in Stroud District council were delivered from March 2019 to December 2021. The aim of the project was primarily to reduce direct carbon emissions from two of the council’s major buildings, as well as remove the reliance on heating the buildings from burning fossil fuels and to sustain the economic life of the historic buildings.

Leader of Stroud District Council, Cllr Doina Cornell, said “One of our three main priorities in the new Council Plan is environment and climate change, with an objective of protecting our environment, and leading the district to carbon neutrality in 2030. This new way of heating these buildings is an important step towards meeting that target.”

Halfway between the town of Stroud and the village of Chalford, Brimscombe Port Mill sits within the former Brimscombe canal port that is undergoing a major redevelopment as a part of the Cotswold Canals Connected project. The aim of the port’s redevelopment, which includes reinstatement of the Stroud water canal together with the historic canal basin, is to create a sustainable mixed use community, servicing the needs of both existing and future residents that puts “the heart back into Brimscombe”. The former woollen mill will be the only building retained as a part of this redevelopment and will form a prominent landmark within the completed scheme.

Ebley Mill and Brimscombe Port Mill are two buildings occupied as offices, whilst the site at Ebley Mill also serves as the Stroud District Council’s main administrative headquarters. Both sites are Grade II* listed, previously heated by mains gas which resulted in a large carbon footprint for both properties. Given the council’s 2030 Net Zero target for council’s operations, this project was conceived to primarily decarbonise two major buildings within the council’s stock, remove the reliance on heating the buildings from burning fossil fuels, reduce fuel costs and to sustain the economic life of the historic buildings.

Both sites required a solution to the replacement space and domestic water heating system for different reasons. The existing gas boiler plant for the Brimscombe Port Mill was located in a building due for demolition and although only some seven years old, a new suitable housing would be required should the boilers be salvaged and re-located. Meanwhile, the boilers at Ebley Mill dated back to the building’s conversion to offices in 1989 and replacement gas boilers or alternative fuel sources for the space heating needed to be considered.

The buildings’ locations immediately adjoining the main river over which the council have ownership led to the proposal to harness the latent heat from the river. In brief, heat pumps work by pumping heat from a cooler ‘source’ to a warmer ‘sink’, which is the buildings’ heating systems. A refrigerant absorbs heat which causes it to evaporate. The subsequent compression of the now gaseous refrigerant causes it to condense and release its heat

Whilst alternative space-heating options were considered, ultimately with immediately adjacent water, water-source heat pumps were considered the most suitable replacement. For example, the listing designation of both Mills meant that we could not accommodate external condensers, whilst both sites have physical limitations when considering biomass. Water-source heat pumps were also preferable in this instance as the provision of ground-source collectors risked compromising the new infrastructure and upcoming redevelopment of the Brimscombe Port Mill basin. Equally, the majority of buildings on site were still in occupation. The availability of funding for this technology was a further catalyst to promoting the projects.

Logistically, the feasibility study showed that both locations’ connections between heat pumps and external river collectors was relatively short whilst the only partial occupation of ground floor spaces enabled the formation of internal plant rooms housing the new heat pumps. The relatively limited alterations meant that neither Listed Building Consent nor Planning approval was required. 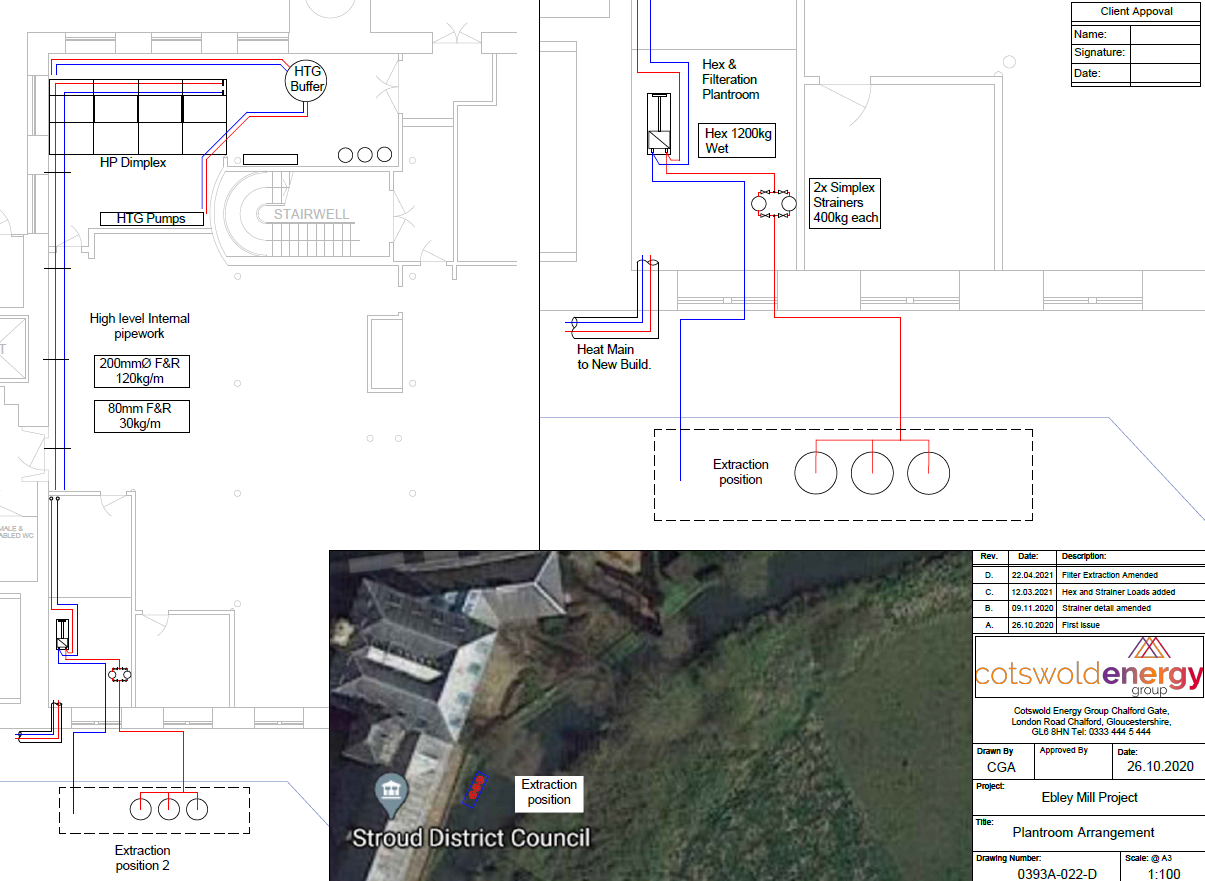 The projected life of the plant is some 25 years and will therefore have a considerable impact on the council’s estate over that period. Although the heat pumps have been running for some 4 months, the initial performance has yet to be reported but will likely be published by November 2022 . It is anticipated that the heat pumps will make carbon savings in the order of 100 to 160 tonnes each year (based on feasibility studies). In light of the recent energy crisis, actual cost savings are due to be calculated.