Oxford sets out to become zero carbon by 2040, a full decade ahead of the national legal target 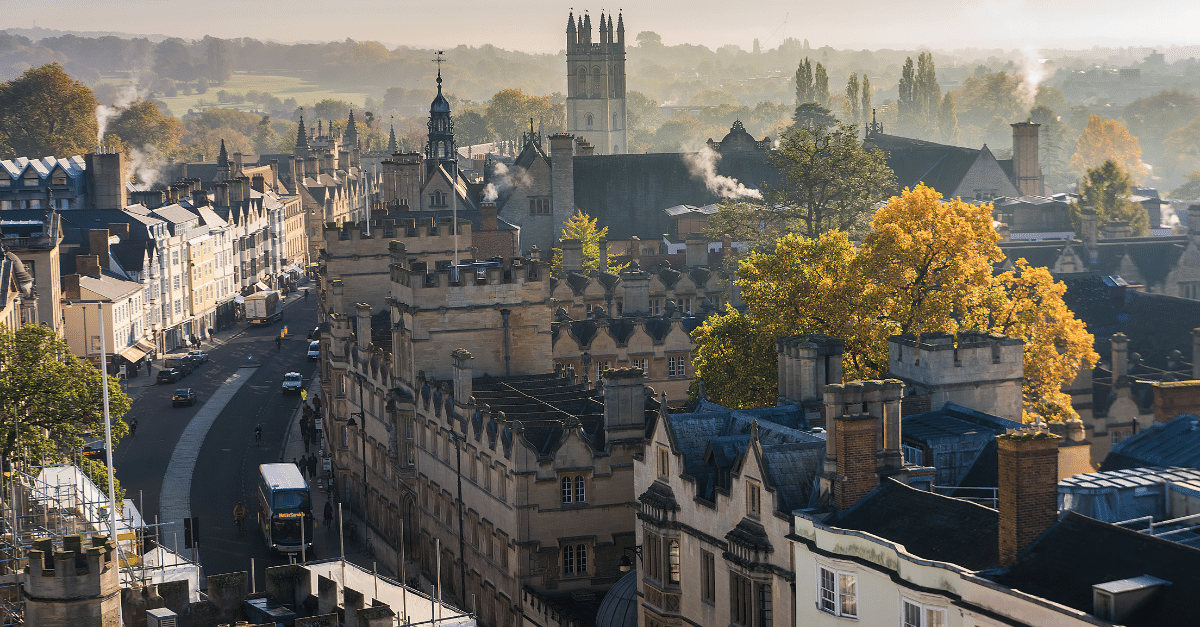 Outreach & Collaboration
Leaders across Oxford gathered yesterday to commit to playing their part in achieving a Net Zero city. Cllr Tom Hayes explains why he believes Oxford can become zero carbon by 2040, a full decade ahead of the national legal target.

In this time of pandemic, Oxford City Council has just convened the first Zero Carbon Oxford summit, bringing together the city’s major players and employers. They gathered on Thursday 4 February because another global crisis to emphasise our interconnectedness and our shared fates—the climate crisis—is not going away.

Those involved signed a Zero Carbon Oxford charter committing to playing our respective parts in bringing about a Net Zero city and launching a Zero Carbon Oxford partnership with many others to drive action. At the summit, we signed up to the joint science-based ambition to become a Net Zero Oxford by 2040—one whole decade sooner than the national legal target.

In line with the law of the land, Oxford shall become a zero carbon city by 2050 and the choices that we make will determine our progress against that national target. But we all have the opportunity to go further and faster than the national target, and, in stating that shared ambition at our summit, our major anchored organisations all agreed to play our part in the national effort and help the UK to set a hopeful example to the countries that need to raise their ambition at the UN climate summit in Glasgow this year.

Why is Oxford City Council proposing to become a Net Zero city by 2040, a whole decade sooner than the national legal target? Our world rests on democracy and science, and so does our response. The imperative to go faster is democratic, the specifics of going faster are science-based.

First, the democratic argument: In 2019 every elected member of Oxford City Council declared our own climate emergency. Our councillors confirmed that business as usual cannot continue—exceptional action is needed. But that unanimous vote prompted more questions instead of providing more answers. What should exceptional action look like? How exceptional should this action be? What role should the City Council seek to play?

To arrive at answers, Oxford became the first UK city to hold a Citizens’ Assembly on Climate Change. Hosted by the council, in line with best practice, the assembly recruited a sample of residents broadly representative of the demographics of the city’s population to become participants.

Across two weekends, our ‘mini-public’ heard from 27 expert speakers on a range of options to reduce emissions from buildings, transport, waste, and energy production, and the role of carbon offsetting and protecting biodiversity. Tasked with answering the question “Should Oxford seek to achieve Net Zero carbon sooner than the 2050 deadline set by government?”, the response was overwhelming.

90% of assembly members recommended that Oxford should aim to exceed the target and achieve Net Zero carbon emissions sooner than 2050. In subsequent public engagements, such as Oxford’s Youth Climate Summit earlier this year, Oxford City Council has heard the same resounding message and, so, as Oxford residents’ representative and democratically elected body, we are seeking to go faster.

But, as critically, the citizens’ assembly called on the council to work with partners to set a strategy for how this could be achieved. And so, the Zero Carbon Oxford summit is a direct outcome of the assembly’s recommendations, just as the Zero Carbon Oxford partnership we seek to launch, with the aim of eliminating emissions by 2040, is another response to Oxford’s Citizens’ Assembly on Climate Change.

With Professor Eyre’s support, the council has been developing carbon budgets for the city, which will be measured at five-yearly intervals, as we move together towards Net Zero. This adoption of our science-based approach is very deliberate—we have strongly resisted the overwhelming calls to pluck a target out of thin air because we wanted to build trust in politics and the ability of politics to deliver.

The city council has paved the way for the summit this week by detailing our own road to zero carbon by 2030 and Net Zero this year.

By 2030, the activities of Oxford City Council will no longer contribute to a worsening climate crisis from our use of gas, electricity, water, and fuel (Scope 1, Scope 2, and some Scope 3 emissions), with annual carbon emissions reduced to zero. We will no longer burn fossil fuels in our vehicles, which will have transitioned to electric or zero emission, and so not contribute to local air pollution which has negative impacts on public health. This is our commitment, our way to play our part in meeting the climate emergency and galvanise similarly rapid and serious decarbonization by the city’s other emitters.

This plan does not start from scratch. We are not creating a new ambition, we’re upping it. In the time between 2014/15 to 2019/20, our underlying CO2e emissions decreased by 23.5% and 45.8% in emissions after the purchase of only certified grid renewable electricity. But business as usual - with a 5% year on year reduction target - will get us about half of the way to zero carbon by 2030. Therefore, we are upping our ambition to get the job done.

Ours is a scientifically based, robust action plan, and we have just secured £10.9m of investment in the council’s decarbonisation efforts, so that we can meet a third of our funding gap to becoming zero carbon by 2030 in this year. In this year Oxford rolls out our Zero Emission Zone to restrict polluting vehicles in the city centre and launches the UK’s largest EV charging hub, as well as several major policies.

The new Zero Carbon Oxford partnership will build on the work of the Low Carbon Oxford Partnership, which was launched in 2010 with the aim of reducing carbon emissions in Oxford by 40% by 2020 on 2005 levels. The city is on track to achieve this target, with absolute emissions having already reduced by 38% between 2005 and 2018 (2018 being the latest available dataset) and with per capita emissions down by 40.8% over the same period. That achievement is down, substantially, to many of the organisations which will comprise the Zero Carbon Oxford partnership.

No modern city, no city of the future, is going to be saddled to the technologies and mindsets of the past. Oxford has the brightest minds in the world and, together, our summit showcased all our exciting climate plans and action, facilitated conversation about a collective vision that we can hold to, and established a hopeful partnership that will be strategically important to achieving a Net Zero city by 2040.

I’m excited for Oxford’s future and what comes from it. Today is a hopeful day.

Project LEO is a smart, flexible electricity grid in Oxfordshire that will enable the transition towards renewables and electric vehicles.

Cabinet Member, Cllr Tom Hayes, talks about how the city is ‘taking matters into its own hands’ and going beyond legal targets.

Oxford City Council welcomes the Government’s Ten Point Plan for a Green Industrial Revolution for 250,000 jobs, which was published yesterday.