Decarbonising Transport
For Clean Air Day 2020 Oxford City Council’s Deputy Leader and Green Transport and Zero Carbon Oxford Cabinet Member, Cllr Tom Hayes, talks about how the city is ‘taking matters into its own hands’ and going beyond legal targets. 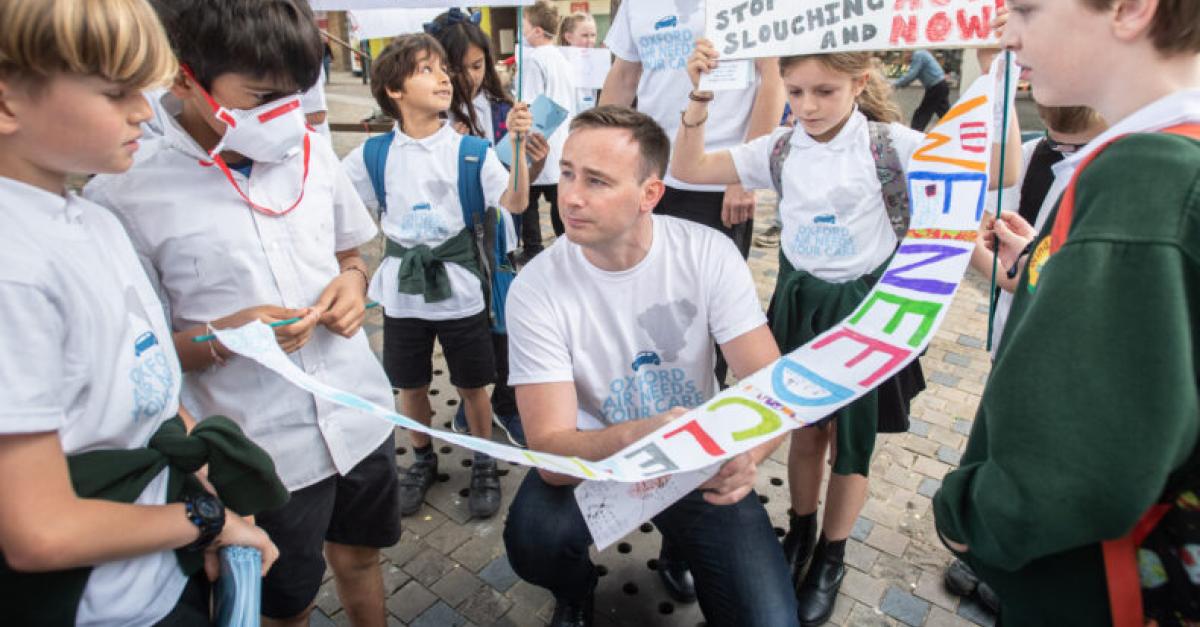 The change in season reminds me of an old joke about Christmas starting earlier every year. Well, this year Clean Air Day is the opposite of Christmas, taking place later than usual because of the need to respond to a global pandemic—a pandemic which itself reinforces the need to mark Clean Air Day and redouble effective action. Research increasingly shows that dirty air significantly increases coronavirus infections.

This year Oxford City Council is hoping for a great Christmas present. We have  just set our draft Air Quality Action Plan to go significantly further than the government’s legal target for air pollution, and the council is hopeful that our city agrees to this approach in a consultation now underway.

We believe we will become the first UK local authority to set out a city-wide air pollution reduction target within our draft Air Quality Action Plan—the action plan seeks to go further than the legal annual mean limit value for nitrogen dioxide (NO2) of 40 µg/m3, with a new local annual mean NO2 target of 30 µg/m3 by 2025.

This action plan moves Oxford beyond the focus on local compliance by volunteering to set a target stricter than the legal target. Our target of 30 by ‘25 is based on evidence, including an analysis of our historic air quality monitoring data from 2002 – 2018, air quality modelling projections and studies, and the expected impact of the measures proposed in our action plan.

Oxford City Council has been calling on the government to meet its legal responsibilities by highlighting the reasons for air pollution but also proposing solutions with Oxford’s Charter for Cleaner Air—the first formal cooperation of its kind between a local authority, Greenpeace UK and Friends of the Earth. However, with this new Air Quality Action Plan, we are taking matters into our own hands by setting a tighter target and taking forward our zero emissions policies.

Our plan builds on a record of delivery. Oxford has achieved an average reduction of 26% in NO2, 31% in particulate matter (PM10) and 36% in particulate matter (PM2.5) at the sites where monitoring has been in place since 2013. Over the past decade NO2 levels in Oxford have decreased by 29% mainly due to the introduction of a Low Emission Zone (LEZ) for buses in 2014 and a £2.3m investment in the retrofitting of several buses to cleaner Euro VI engines and introduction of electric buses into the city.

However, we must move further and faster to cleaner air. Transport continues to be by far the largest contributor (68%) to total NO2 emissions in the city (as well as contributing to 17% of Oxford City’s carbon emissions). With fossil fuel cars contributing to 33% of NOx emissions and buses to 32% of emissions, our city council is working closely with partners to prioritise action to address transport.

Our main priorities are focused on the delivery of our Zero Emission Zone (ZEZ) to restrict polluting vehicles into the city centre and our congestion-busting Connecting Oxford to reduce the dominance of cars on our roads through bus gates, a workplace parking levy, and new subsidised bus routes. We are also proposing new measures including work with schools to raise awareness of air pollution and active travel, introducing a Euro VI LEZ for buses, expanding Oxford City Council’s EV fleet, and delivering a £41m Energy Superhub Oxford.

Our target is stretching, but achievable by 2025 only with the introduction of transport schemes such as Connecting Oxford and an accelerated ZEZ. Harmful levels of air pollution are shortening lives, hurting health, and undermining our quality of life. The people whose lives will be disproportionately affected by air pollution are the more vulnerable members of our communities.

The founding document of our modern social security state made suggestions aimed at eradicating the five “giant evils”. One such evil was “disease”, yet today air pollution blights our neighbourhoods, as it did when Clement Attlee’s government enacted the recommendations of William Beveridge. In the 75th anniversary year of the election of the 1945 government, elected figures will be compelled by the injustice of air pollution to clean up our dirty air.

Clean air and Net Zero policies should be aligned to save lives and money. Read more about why.