Nearly 60 council leaders, representing over a third of the UK, pledge to reach Net Zero five years earlier than government 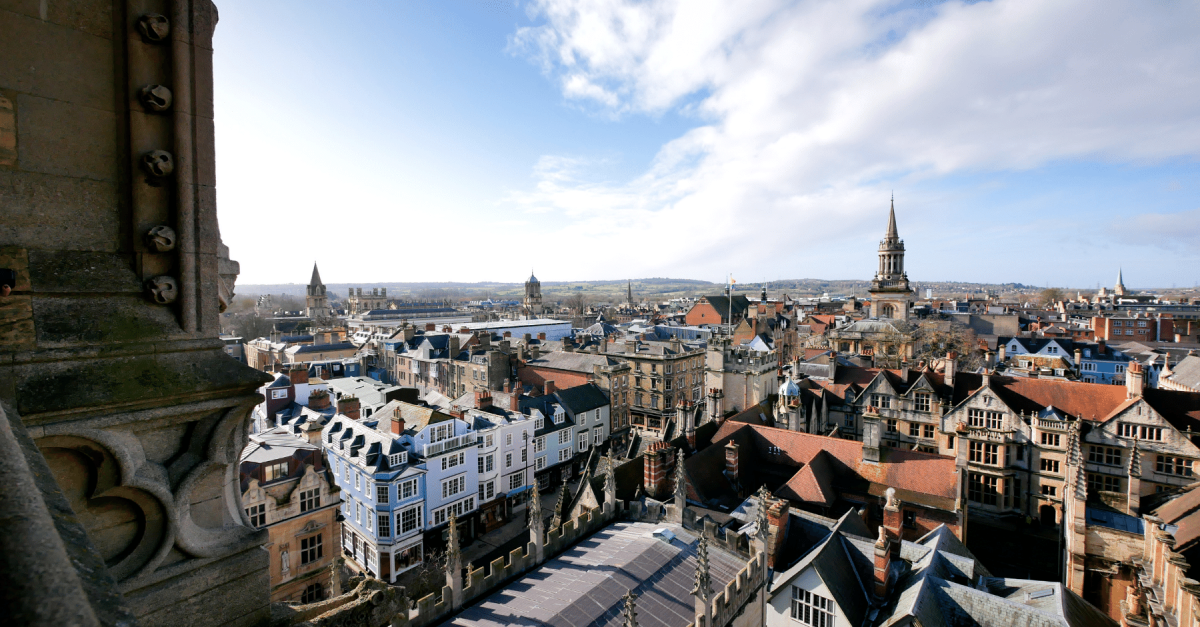 Six months out from COP26, the annual UN climate conference hosted in 2021 by the UK, five more council leaders have signed up to the NGO UK100’s ‘Net Zero Pledge’.

Together the 58 local authorities represent more than 23.5 million Brits, with the English cohort representing 28% of England's land area.

“It’s a task that will need bold leadership, legislative clarity, shifts in culture and behaviours, willingness to make mistakes and an enthusiastic adoption of new technologies.

“I know from my time leading a city council that local government is uniquely placed to face and overcome these challenges.

“Not only do they provide services, but they have a unique sphere of influence. Fantastic things are already happening in county, city, town and village halls across the county.

“UK100 is uniquely placed to galvanise, support and make an impact for its members.

“I look forward to joining this ambitious organisation and their passionate team at this important moment.”

The 58 climate-aligned councils are part of UK100, a network for UK locally-elected leaders committed to play their part in the global effort to tackle climate change.

More than 100 local authorities have pledged to run on 100% clean energy by 2050, while the most ambitious are those going further and faster than the government on net zero.

The network is pushing for more powers and resources from central government to enable them to take ambitious climate action and the country to meet its legally-bound target.

Its five new members’ own operations and area-wide emissions will reach net zero by 2030 or earlier.

Polly Billington, Director of UK100, said: “These ambitious local leaders have pledged to do everything within their power to reach net zero emissions as soon as possible in a way that benefits their communities with new jobs and skills.

“From Edinburgh to Cornwall local leadership, alongside funding and powers, is key to winning the race to net zero.

“We’re thrilled that Cllr Christopher Hammond is joining our growing team at UK100. He brings a huge amount of experience, skill and insight from his time at Southampton and through the many initiatives and partnerships that he has led over the years.

“His expertise will help us grow our membership ahead of COP26, deepen connections with our existing members, and strengthen the network’s collective voice to government.”
Cllr Stephen Cowan, Leader of the London Borough of Hammersmith & Fulham (H&F), said:

“In Hammersmith & Fulham we are committed to a fair and green recovery because we know the two are inextricably linked.

“Only an inclusive transition to zero carbon will create the decent jobs and sustainable growth that is urgently needed to build a healthy, resilient and thriving future that serves everyone.

“In H&F we were among the first councils in the country to declare a climate and ecological emergency with a pledge to cut our emissions to net zero by 2030.

“Tackling climate change can’t be piecemeal. That’s why it is so important that towns and cities across the country join together in committing to the goal of keeping global heating below the 1.5°C set out in the Paris Agreement, through initiatives like UK100.

“It’s only by acting together, learning from each other and sharing science-based and other solutions that we can prevent a catastrophic climate crisis.

“Now is not the time to wait for others to lead. With COP26 this year being hosted by the UK, the eyes of the world will be on us to show global leadership.

“Our children and grandchildren will look back in generations to come and ask what we did about the climate emergency. This is our opportunity to take urgent action to save their planet.”

“We are committed to becoming a net zero carbon organisation and in partnership with our business and communities are seeking to rapidly reduce carbon emissions from across our district.

“Making this pledge underlines this commitment and reminds us all of the need to think of the future but to act now.

“There are some big challenges facing us around energy, transport, the built environment, the natural environment and of course financing the transition to net zero carbon.

“I look forward to working with other organisations that have made the UK100 pledge to address these challenges.”

Cllr Claire Holland, Deputy Leader (Sustainable Transport, Environment and Clean Air) at Lambeth Council, said: “Lambeth Council is delighted to sign up to this pledge not just because we are absolutely committed to its objectives but it is clear that the commitments contained within it are necessary to safeguard future generations.

“In Lambeth, we already have a programme of rapid decarbonisation underway, with investing in an equitable and just transition at its heart.

“However, it is clear that local government needs the powers and funding from central government to ensure we deliver on our national commitments.

“Through UK100 we will be working together with other ambitious climate leaders on solutions to the enormous challenges that the climate emergency poses.

“But we’ll also be fighting together to ensure that local government gets the resources and powers it needs if we are to deliver for its communities.”

Cllr Phélim Mac Cafferty, Leader of Brighton & Hove City Council, said: “With the UN climate talks, COP26, being held in Glasgow later this year, there is no better time to join UK100.

“This is a UK network of locally elected leaders committed to keeping the global temperature rise below 1.5°C by reducing dangerous greenhouse gas emissions.

“COP26 provides a once in a lifetime opportunity to meet the most critical challenge of our time: to drastically reduce emissions and achieve what’s known as ‘carbon neutrality.’

“This refers to balancing the amount of carbon we produce through things like transport and absorbing carbon from the atmosphere through actions like planting trees.

“The city’s commitment to net zero calls on everyone to transform the way we live and do things, from the ways we travel, eat and heat our homes, to how we make things, build and carry out business.

“By becoming part of the UK100 network, I will be joining local leaders representing 23.5 million people across England and Scotland – around a third of the population – in urging the UK government to go faster and give local councils more powers to tackle the climate emergency.

“Together we will make our voices heard more urgently. Joining UK100 also makes us accountable.

“It gives us the opportunity to showcase the achievements of our city and learn from the successes of others, helping to make the transition to a carbon neutral city a reality.”
Cllr Chris White, Leader and Portfolio Holder for Climate, Environment and Transport for St Albans City and District Council, said: “I am delighted that we have joined UK100.

“As a council, we declared a climate emergency two years ago and pledged to cut our district’s carbon emissions to net zero by 2030.

“We are taking more than 100 actions, together with partners, to help achieve that goal and can make further progress through our membership of the UK100 network.

“We’ll be joining forces and exchanging ideas with other local authorities who share our commitment just as the COP26 summit in Glasgow should galvanise efforts to meet the greatest challenge of our times.

“Local leaders can best deliver this by working together through UK100.”

Interested in becoming a member of UK100? Read the pledge and do get in touch with our Campaigns Officer & COP26 Lead Talia Berriman at membership@uk100.org

Correction: When first published we said we now have 57 signatories of our Net Zero Pledge - the correct number is 58.

In December 2020, we launched our new Net Zero pledge and year of activity in support of the ambition and commitment of local authorities to reach Net Zero asap