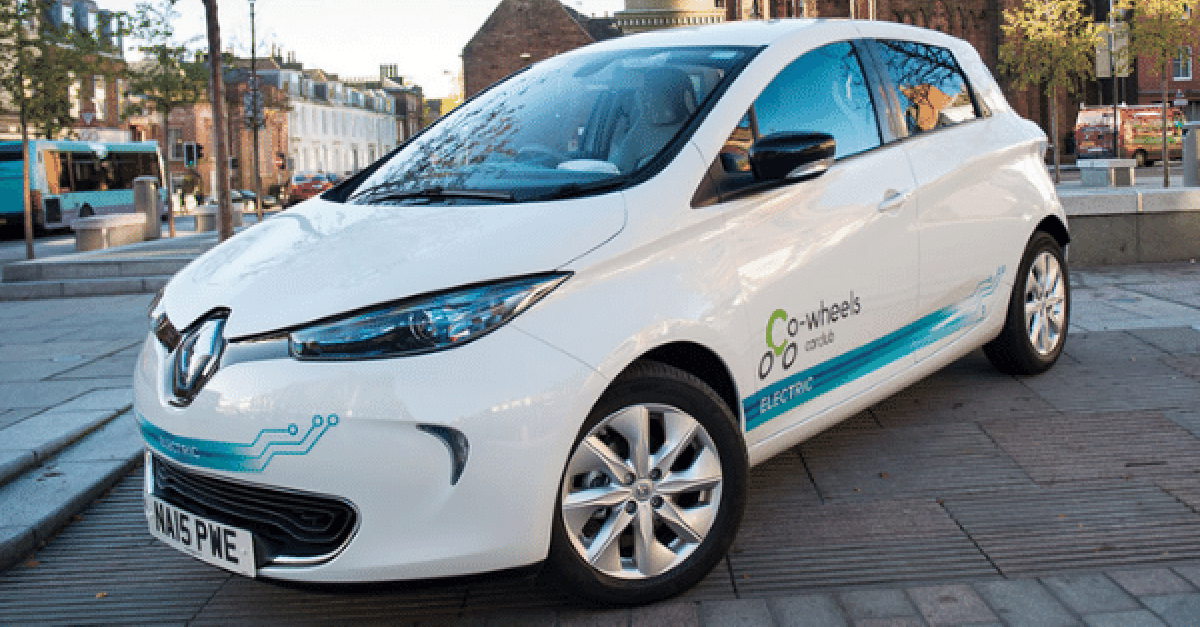 Lancaster City Council (LCC) is in a great position to lead the charge when it comes to adopting electric vehicles in the area. As such, we’ve developed a business case for increasing the Council’s bank of electric pool cars and introduced a new, innovative booking system to provide keyless entry, increased access and assured flexibility using a car club scheme. During off-peak periods, the cars will also be available to rent by the public - helping them reduce their carbon emissions while getting used to electric vehicles.

The key problem we needed to understand was why mileage claims occur and what potential barriers are preventing teams from making use of pool cars. The Car Club Scheme allowed us to gather data around these issues before working to solve them.

Co-Wheels is a nationwide scheme that enables people to hire well-priced hybrid and electric cars around their city, and LCC has been working with Co-Wheels to increase its own bank of electric pool cars. The cars can be used by anyone at the council during on-peak times for work purposes. They tend to be used by planning and enforcement officers and those going to meetings between different office locations. We are also intending to soon make the vehicles available to the public at off-peak times, via the co-wheels app. This would allow public access to electric cars during off-peak times on a pay-as-you-go system - using the car club scheme to gain further venue from the assets when not in use. Not only would this contribute to the cost of the scheme but it’d also provide an inexpensive way for residents to access new, greener forms of transport.

We’ve been developing a business case for increasing our electric car capacity, and introducing easier and more flexible means of booking the EVs. The proposal was to finance the scheme using capital borrowing, which would be paid back by reducing the amount of casual mileage claims from council officers. In 2018/19, 154 City Council employees claimed around 105,000 of business miles, producing an estimated 31 tonnes of CO2. The cost to the Council for the mileage claims came to £47,144 - rising to £50,000 in 2019/20. This scheme has seen the Council invest £114,000 in buying six EVs, with £70,000 spent on improving infrastructure to support the electric fleet network.

Key to the project’s success was addressing the problems of mileage and reticence to use pool cars. We found that personal vehicles were primarily used for ‘convenience’, because of an ‘insufficient number of pool cars’ and/or the ‘inflexibility of the current booking system’ - issues that the new booking system and an increased number of cars could easily address. Analysis of mileage claim data also confirmed the ideal location and distribution of cars among the teams. With that knowledge, we installed dedicated charge points at the town halls, depots and city centre car parks.

Instead of keys, drivers use a smartcard to access the EVs (the keys are located in the glove box once you’ve swiped to open the car) and at the end of the booking, you simply have to return the EV back into its bay. Insurance is included and for the public, cars are bookable anywhere from 30 minutes to days at a time.

The project is currently in progress. By November 2020, we had installed EV charge points at all sites, successfully launched the new booking system for the existing pool cars and ordered more EV pool cars. We’ve increased our communications and promotional activities to encourage uptake of the scheme (albeit with some disruption from the pandemic) and plans have been developed for the public launch in the new year.

The fleet management team, the climate emergency project manager, HR and finance departments were responsible for partnership and collaboration, while heads of service, departmental managers and individual offers had to be engaged to ensure buy-in. Co-Wheels is the key outside stakeholder.

The Council’s scope 1 emissions are primarily generated from its fleet, business travel and gas usage from heating buildings. It made sense then to target the fleet and travel emissions as a priority and it was thanks to a CO2 dashboard that we were able to ascertain what the problem areas were.

Despite business travel from personal vehicles only contributing a small percentage of scope 1 emissions, we found that using the redirection of funds model, the project could be delivered and CO2 reduced without the Council incurring any additional costs.

The social value too can’t be underestimated; the Council has to lead by example. This scheme has allowed LCC to fulfill its wider role of ‘enabling, ‘influencing,’ ‘promoting’ and ‘leading the way’ with innovative, new and greener technology.

Once delivered and the forecasted impact has been achieved, the scheme will be promoted to wider audiences, with ongoing reports being produced on the number of bookings (both from internal officers and the public), miles driven and estimated CO2 saved.

Even though the project is still in the delivery process, certain learnings have been made clear already. The booking system and installation of trackers and keyless entry technology have been a success, as has the project costs which are within the projected estimates.

Covid-19 has obviously created something of a barrier in getting more people to use the pool cars as increased home-working has meant less demand. We’ve also had to contend with preconceived ideas about access difficulties formed around the older booking systems.

We’ve learnt that efforts have to be focussed on getting buy-in from staff, department managers and heads of service and that engagement in the early stages is really important for uptake. It’s also clear that there’s not a one-size-fits-all when it comes to these sorts of schemes. Promotion of the scheme needs to be rigorous and on-going and any issues that arise have to be addressed quickly and efficiently at the start to ensure that staff remain engaged and the reputation of the scheme is maintained.

Cardiff Capital Region’s Ultra Low Emission Vehicle Strategy is a plan for boosting the economy and improving the environment by decarbonising transport.

Lancaster City Council is currently in the process of electrifying its fleet of council vehicles as part of its Net Zero target.