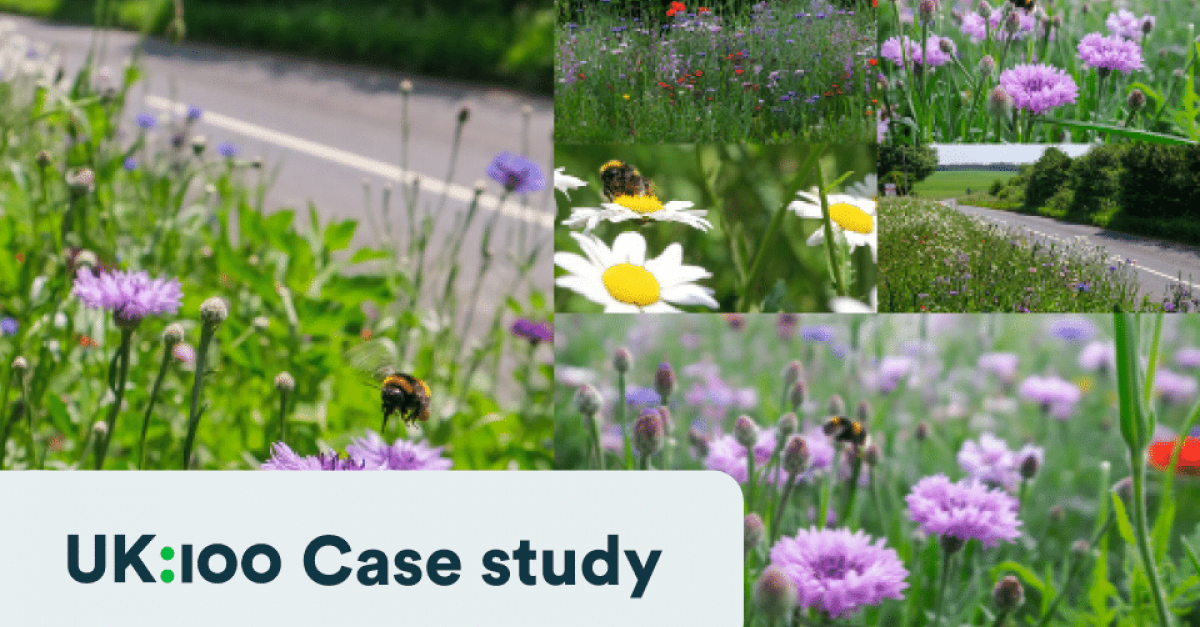 The West Berkshire Council Climate Change Bond is the first Community Municipal Investment (CMI) in the UK. Launched in July 2020 and now fully-funded, this ‘climate bond’ is an innovative and ground-breaking community investment that will deliver social value by financing schemes laid out in the West Berkshire Environment Strategy. Such schemes will help to achieve the council’s district-wide 2030 Net Zero target - 20 years ahead of national government targets. Some schemes successfully implemented from these funds include: a £520k Solar PV project, habitat restoration and afforestation for flood alleviation projects, active travel infrastructure improvements, and street lighting upgrades.

Cllr Lynne Doherty, Leader of the Council, said “West Berkshire Council is pleased to be a member of this national network. By working together, sharing ideas and leading by example, we can support each other to take strong climate action to reach carbon neutrality across the district.”

With challenges accessing long-term funding for climate action from national government, strict guidelines on borrowing, as well as legal responsibility to maintain a balanced budget, in 2019 West Berkshire Council quickly began exploring various approaches to access funding after declaring a Climate Emergency. The aim was to look for cheaper forms of borrowing which also provided social value. At the same time, Abundance Investment were seeking pilot authorities for a new Community Municipal Investment (CMI). These two events converged to provide the opportunity for the council to fund the initial aims of the Environment Strategy through a £1million, five year ‘climate bond’.

Since the launch, we have successfully begun implementing schemes including £520k for six solar PV roof-based projects on council facilities including a school, leisure centre, care facility, and council offices.

The remaining £0.48m has been used for a variety of schemes including:

This bond demonstrates the Council’s dedication to improving the local environment and taking climate action. It has allowed people to directly invest in ‘building back better’, gaining a return on their investment whilst knowing that their money is being used for sustainable projects. 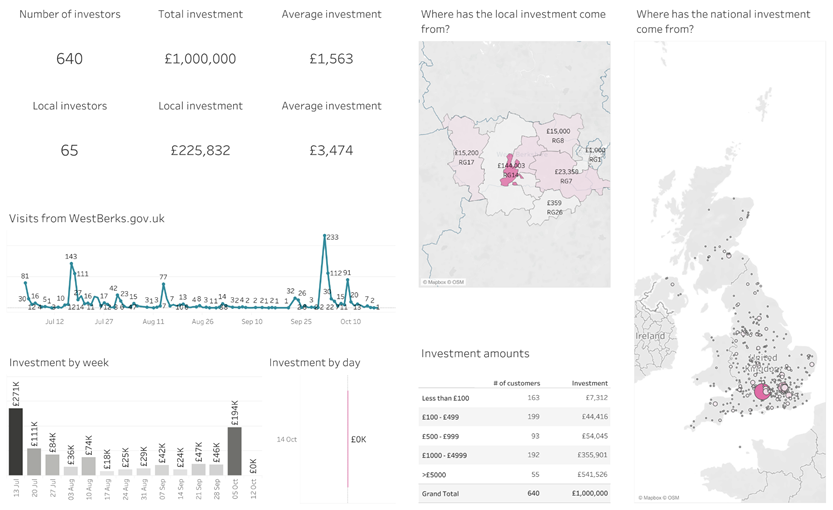 The bond launched at a rate of 1.2%; over 50 base points below the prevailing Public Works Loan Board (PWLB) certainty rate at the time and 70 base points beneath the overall PWLB rate. The bond has provided the council with a rate 0.5% lower than their traditional borrowing sources, allowing the council to make a financial saving, whilst simultaneously funding core environmental schemes.

West Berkshire has already used its CMI to fully or partially finance a number of green projects in the district. These include:

The process for calculating emission savings from these projects is currently underway, but we are confident these CMI funded projects have signalled the beginning of a much bigger effort towards delivering climate action and cutting emissions in West Berkshire.

This bond has been helpful in building community-buy in and building the narrative around the Environment Strategy. It has allowed people to directly invest in ‘building back better’, gaining a return on their investment and with knowledge that their money is being put towards good environmental purposes.

There was strong engagement with the local community which enabled the council to harness the local enthusiasm for the scheme and educate residents further as to the need for climate action. The importance of involving local residents and businesses is also evidenced by engaging with a focus group with randomly selected members of the community. The focus group took place about 4 months before the launch and was run by Abundance independently of us. Presentations were made at the council’s district planning conference, with local climate groups, local and national media, through social media channels and through the council’s regular COVID-19 newsletter as part of our desire to ‘build back better’. As a result of this local engagement, 23% of the total invested amounts came from district residents, with local residents investing more than twice as much as non-residents.

This local engagement and increased awareness of our climate emergency has benefited the environment and our local Berkshire, Buckinghamshire, Oxfordshire Wildlife Trust. At each 6-month interest return period, investors are offered the chance to reinvest their returns in our wildflower verge project run in partnership with the Wildlife Trust. In April 2021, 1 in 6 investors donated their returns back into this scheme.