Waltham Forest's Mini Holland: Why LTNs are so important for Clean Air 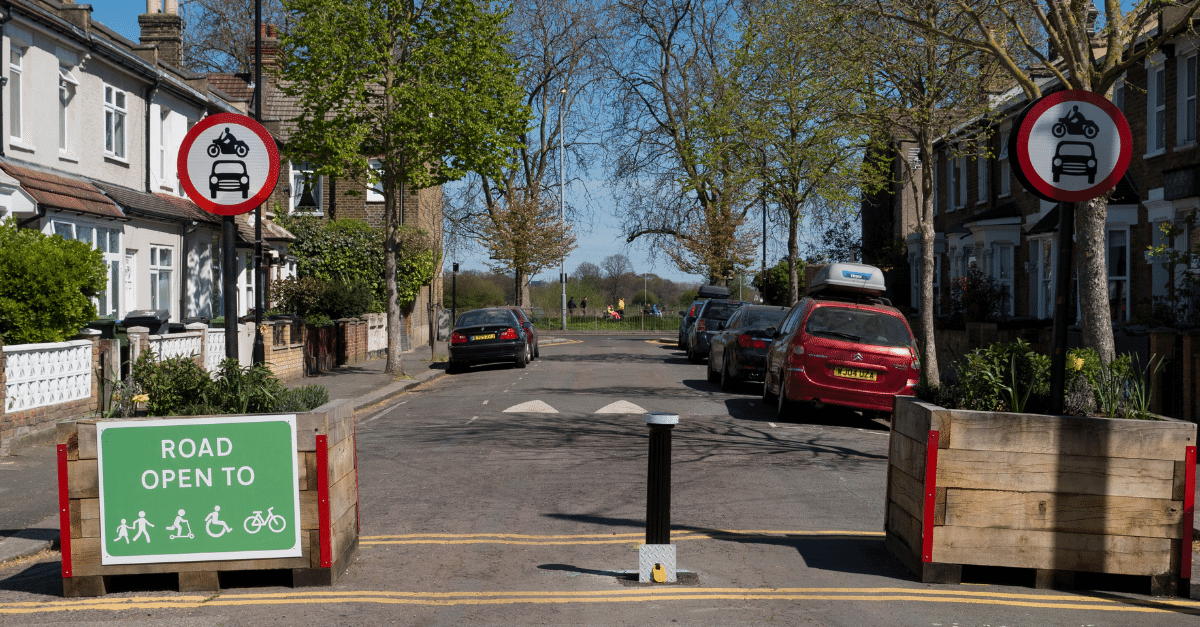 Mobility & Transport
We spoke to Cllr Clyde Loakes, Deputy Leader of Waltham Forest Council, about how the borough has been a pioneer for LTNs. In this interview he explains why ‘mini Hollands’ are so important, gives some insight to councils looking to do the same, and urges government to pick up the pace.

How Waltham Forest is leading the way for low traffic neighbourhoods

When the government gave councils £250m to promote active travel in May, the low traffic neighbourhoods (LTNs) that sprung up were a novel experience for many. But for residents in Waltham Forest, its borough was six years ahead of the curve. With its Mini Holland project, it’s gone beyond simply encouraging more walking and cycling.

Chic shops and bustling cafes have sprung up on roads that used to be rat runs. Neighbours now stop to chat while their kids play in the street – a sight not seen by many Londoners for decades. Parents drop off their children at school by bike before picking up a coffee. And with working from home now the norm, residents meander through the borough’s pocket parks on their lunch break.

The ‘Mini Holland’ in Waltham Forest certainly lives up its name. With its modal filters – measures that limit the passage of some modes of transport – the 50% of residents who do not own a car can now safely travel by foot or bike. 33km of segregated cycle lanes now criss-cross the borough, along with more than 70 roads closed to through traffic, 500 bike hangers installed in residential streets, and seven cycle hubs at key rail and tube stations.

The scheme mirrors the ‘15-minute city’ concept, which has attracted attention since the Mayor of Paris Anne Hidalgo embraced it as part of her 2020 re-election campaign. Developed by Sorbonne professor Carlos Moreno, the ‘15-minute city’ allows residents to meet most, if not all, their needs within a short walk or cycle from their front door.

But Cllr Clyde Loakes, who’s led the east London project since it began in 2013, says he’s reclaiming it as a Waltham Forest idea. And it’s because it started as a TfL-funded scheme to promote safer, greener and healthier streets, but quickly evolved into something which has fostered economic resilience and community cohesion.

Cllr Loakes said: “I looked at the 15-minute city concept and thought ‘that’s what we did six years ago with Mini Holland’. So I’m reclaiming it. It’s a Waltham Forest idea.

“What we were proposing wasn’t tinkering – it was bold and transformational. With the modal filters, instead of 2,500 vehicles a day driving down your road you now may have about 60. There were absolutely huge drops.

“Some of us still have that picture in our mind of what some of these roads looked like before the interventions. You wouldn’t see that kind of conversation happening in the street, or children messing around in the road. Back then there were hundreds of cars – it would have been dangerous.

“It’s not just your Lyrca-clad commuters whizzing down Lea Bridge Road on Chris Boardman bikes. It is actually those who are dropping off their children and then pootling off for a coffee. That’s what you’re starting to see. You’re seeing Muslim women and older people on bikes, and children cycling to school again.”

And the evidence speaks for itself. According to 2018 King’s College London research, more than 51,000 households across the borough now no longer live in areas with dangerous levels of air pollution compared to a decade before.

Cllr Loakes said the Mini Holland concept has tapped right into people’s needs during the Covid-19 pandemic, which has seen working from home soar. Whether it’s grabbing a coffee, a bite to eat at lunchtime, being able to buy a birthday card, or taking some exercise, people now want things like this close to home.

This is what you’re seeing in Waltham Forest with the reinvention of small shopping parades on the borough’s Orford Road and Frances Road. These local businesses have been able to take advantage of the changes in behaviour that Covid-19 has forced upon many of us.

“Now we know it is possible to work fruitfully at home, more of us are probably going to work more often at home,” Cllr Loakes said. “That starts to change the dynamic of what’s required in your local residential areas. And that’s got to be a positive thing for the economy, for personal and neighbourhood health and wellbeing, and for the climate.”

Sticking to a focussed path in the face of opposition

The project initially faced stiff opposition from a vocal minority of residents. 41% of those surveyed in the first area where work was planned were opposed. For local authorities looking to adopt similar projects, Cllr Loakes advises sticking to a ‘true and focussed path’ and says the more consultation you can carry out, the better. Now just 1.7% in that same area want to go back to how things were before.

“It doesn’t happen overnight, that’s for sure”, he said. “But you have to inject pace and win the arguments. If we’re serious about building back better and greener then you have to stick to a very true and focused path.

“There will be angry people, demonstrations and shouty questions at council meetings. Some of you leading on this may get some really unpleasant emails and social media posts. It will be difficult but it is the right thing to do for a whole raft of reasons.

“You tend to talk to either the fanatics in favour or the fanatics against, certainly on social media. But actually 95% of people are probably somewhere just either side of ‘yeah it’s alright, I just have a few questions about it’. Because we’re humans and we adapt all the time.

“I think people are more aware that air quality is a big health challenge. The more resilience we can build into our population with regard to healthy living, then the more resilient they will be to some of these big challenges around respiratory diseases in particular.

“The evidence is stacked in favour of these kinds of interventions. To do anything other than this would be totally irresponsible, not just for current Waltham Forest residents but future residents too, and would be hugely damaging to any potential ability to reduce our impact on our planet.”

Picking up the pace in central government

With the Environment Bill returning to parliament on 3 November, Cllr Loakes is urging the government to pick up the pace on its climate commitments.

“It’s about pace,” he said. “I understand Brexit was going to take up a lot of time but I think the climate emergency is quite important to be perfectly frank. In a world driven by the internet, people expect change at a pace now. I don’t think our legislative processes, the way we design policy, has really caught up with people’s expectations around pace.

“That could be a negative thing or a positive thing. But I just think there is some link to how we respond, reflect, design and deliver that isn’t right. There’s stuff in there that’s common sense. There would be no argument with cross party support. Just get on with it – you know what has to be done.

“In the past 10 years and definitely the past five years national governments have been tied up with either Brexit or the economy. It’s required the leadership of local government to come forward to say, actually, there is a better way to do things. We can make it work.”

We spoke to the councillor overseeing Birmingham's Clean Air Zone

Benefits and cost of an enhanced Clean Air Fund

UK100 is seeking Government support for an enhanced CAF, including for London which has historically been excluded from the CAF