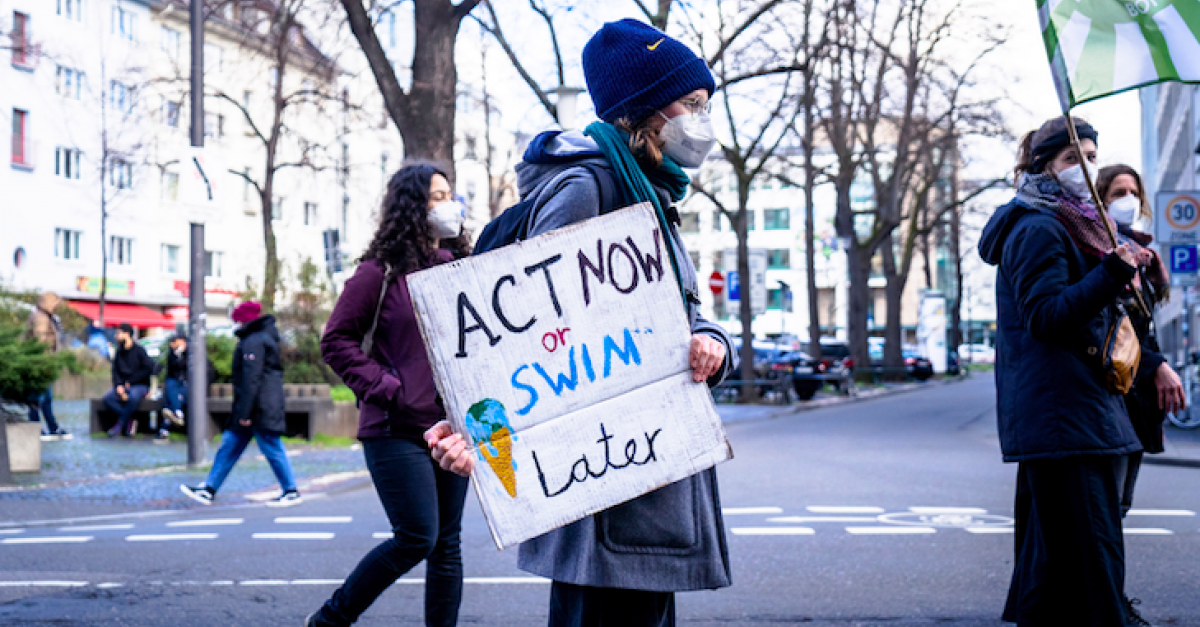 Outreach & Collaboration
The Place-Based Climate Action Network has just released a report on how local decision-makers can enable climate action. Here are my five suggestions for empowering local authorities to be ambitious in their fight against global warming.

The Place-Based Climate Action Network (PCAN) has just launched a piece of research on how local politicians and officials can enable climate action. As someone who works with local authorities on climate change in my day job and is a councillor in my own right, I know first-hand just how important it is to equip local leaders with the practical tools and confidence to put climate change at the centre of council activity, to help solve immediate and pressing challenges in the community.

The report’s authors found patterns emerging in how local decision-makers engage with the problem of rapid climate action. Here’s how I’ve interpreted their findings and the five key suggestions that I believe can help to make a difference in how effectively climate action is engaged with at a local level.

1. Recognise yourself (and others)

These behaviours were categorised into four ‘personas’:

Anyone who works in local government will no doubt recognise which characters fit certain individuals in their organisation! All of these personalities need to be engaged with in order to drive rapid climate action.

2. Make climate action part of the solution to every day crises

The science of climate change makes action pressing and urgent, especially for those campaigning on it as their priority, but local decision-makers are often dealing with immediate crises facing their residents too. In Hackney, where I’m a councillor, we have 13,000 people on the waiting list for housing and 3,000 families in temporary accommodation - a number of whom have been there up to six years. Some children who now go to school still live in the one room in which they were born.

During the Covid-19 crisis, councils had to decide whether to turn local ice rinks into mortuaries, while continuing to wrestle with issues such as protecting vulnerable children from county lines. And then there was the omnipresent climate crisis.

There are lots of climate allies with can-do attitudes among councillors, many of whom are part of UK100’s ambitious network. If we want to be successful in our climate ambitions - as well as our aims to tackle unemployment, fuel poverty and poor public health - we need more of them. A can-do attitude is as crucial for everyday, material matters as it is for discussing emissions reductions. As this PCAN report has demonstrated, local leaders need the authority within their organisations to act and then go to the top to demand that action be taken - using what powers they do have to push against the limit of that power. That way, we will build authority for those rules to change.

3. Place climate change at the centre of the policy web

Leeds is a great example of what can be achieved with a little joined-up thinking. The former Council leader, Judith Blake, outlined three priorities for the city: better health, economic growth and tackling climate change. Her premise was that if an idea didn’t tackle at least two out of those three targets, it didn’t get done. This helps prioritise actions and helps shape policy. It also stops climate change from being an afterthought and prevents climate action designed solely for emissions reduction that doesn’t meet other needs of Leeds residents and businesses.

Leeds has also aligned their goals with the finance team. If an idea doesn’t pass the smell test with your finance team, it’s a no-go from the get-go. I’d also argue that within the cabinet, the closer to the leader the responsibility for climate strategy lies, the better. By ensuring that the leader owns it as an overall strategy - as Judith did in Leeds - and making sure that there’s a cross-cabinet system of responsibility beneath, you can make real change.

The PCAN report makes many useful recommendations, including calling for an acknowledgement at a national and local level that rapid and far-reaching change is needed. This would allow for a more open and honest debate on the ‘implementation gap’ and the need for new ways of working. We need national Government to set a framework for local authorities, making clear their responsibilities on climate. Inevitably, responding to the climate emergency is going to conflict with the way things are usually done, so procedures need to change, to enable officers and politicians to come up with locally-designed solutions. Lastly, top-down directives won’t work: local decision-makers need to use their own experiences and understandings to advocate for ways forward.

4. Recognise that resistance is (not) futile

Don’t assume people’s resistance is unreasonable. Walk around in their shoes a little. In Salford, they introduced an electric car-sharing scheme for council staff. Not everyone was keen, especially those for whom their own cars were a safe place, a sanctuary in a stressful workday.  It’s not that much of a surprise when you imagine the stresses and traumas some council workers have to deal with on a daily basis. Imagine it: you drive from one difficult situation to another, and then someone tries to take away your car and demands that you now share your transport - one that you’re unfamiliar with. Integrated thinking means understanding where resistance comes from and why.

I say this as advice to those outside of local government who would like to work with their local council to accelerate climate action. Local campaigners play a huge role in helping local authorities meet their climate targets and having a wide range of support is important whatever side of the fence you’re working on. Understanding how councils work means climate campaigners can help build legitimacy for ambition in the wider community. Having answers and ideas on how to engage people who might not necessarily be climate-fluent but who can have a big impact on climate action is where campaigners can really help.

Our Power Shift report is due to be published at the start of May. It’s an analysis of the powers that local authorities in England have, and how they can be used for Net Zero. It also looks at where local authorities come up against the limit of national policy frameworks. We’ve got to understand what we can do with what powers we have now. And that understanding will enable us to demonstrate our ambition - not just by declarations - but actually by delivering and using the levers we’ve got.

This research also reveals the specific barriers to greater local action, which is important because that means we can now work out what needs to change nationally to unlock the ambition and determination of local leaders. It will mean changing rules affecting institutions such as Ofgem, the National Planning Inspectorate and Highways England which all currently limit local climate action.

My advice to other councillors? Give your officers the permission to think big and act urgently, rather than waiting on them to come up with a perfect plan. Work out what you can do now and do next, and then what you can do later or will take longer. You don’t need to have a plan in place immediately, because we can’t afford to delay action and some easy, visible stuff can create momentum, creating space to do bolder things.

This is a climate emergency, and science doesn't negotiate.

Learn how to disclose your emissions with CDP