The Planning Bill – what might it mean for the climate emergency? 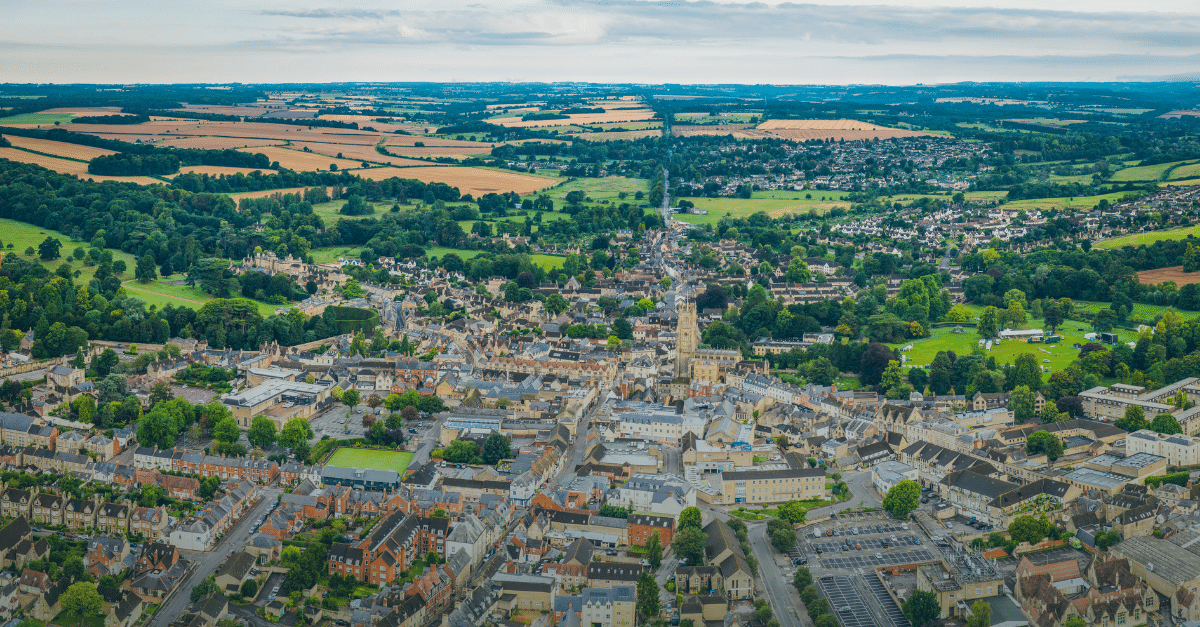 Built Environment
In May, Government announced via the Queen’s Speech that it will bring forward its proposed Planning Bill.

With little detail available on what the Bill will contain, commentators such as myself are assuming it will be largely in line with the consultation proposals in the Planning White Paper itself (‘Planning for the Future’), published in August 2020.

This proposes to scrap the current approach of discretionary decision-making within a plan-led system, and replace it with a zoned system accompanied by design guides. Land will be zoned for either ‘growth’, ‘renewal’ or ‘protection’, and in the former two zones, automatic planning permission will be granted at the zoning stage, with councils losing the ability to scrutinise and challenge development coming forward.

Much of the commentary published since the White Paper’s arrival has concentrated on impacts on democratic accountability, with fears that local people are losing their say beyond the zoning process in ‘Growth’ and ‘Renewal’ areas, and concerns about whether strategic planning can really be done at all in the absence of a genuinely plan-led (rather than market-led) system.

But what has received less attention is the potential for the Government’s proposals to be quite catastrophic for the fight against climate change. In October 2020 I led a coalition response to the White Paper, in which I and associates from the Town and Country Planning Association, the UK Green Building Council and the Centre for Sustainable Energy responded to the proposals in detail, through the lens of what the proposed changes will mean for the Climate Emergency.

Why are the proposed planning reforms so problematic from a climate change point of view?

The White Paper presents an alarmingly reductionist view of the role of planning, focusing mainly on the delivery and appearance of houses as individual units, and attractive street-scenes, rather than holistically requiring sustainable design and function of entire places

In a societal sense, this is worrying. How places function must be at the heart of planning, before any consideration of the aesthetics of individual buildings. But at a time when we need a complete re-think about the form and nature of new settlements, in particular with reference to how we massively reduce our dependence on private car transport, this approach is potentially catastrophic.

Let’s remind ourselves of one stark fact; to align with the Paris Accord and meet our commitments under the Climate Change Act, the UK needs to reduce our carbon emissions by nearly half of their current level by 2030. That’s less than 10 years. 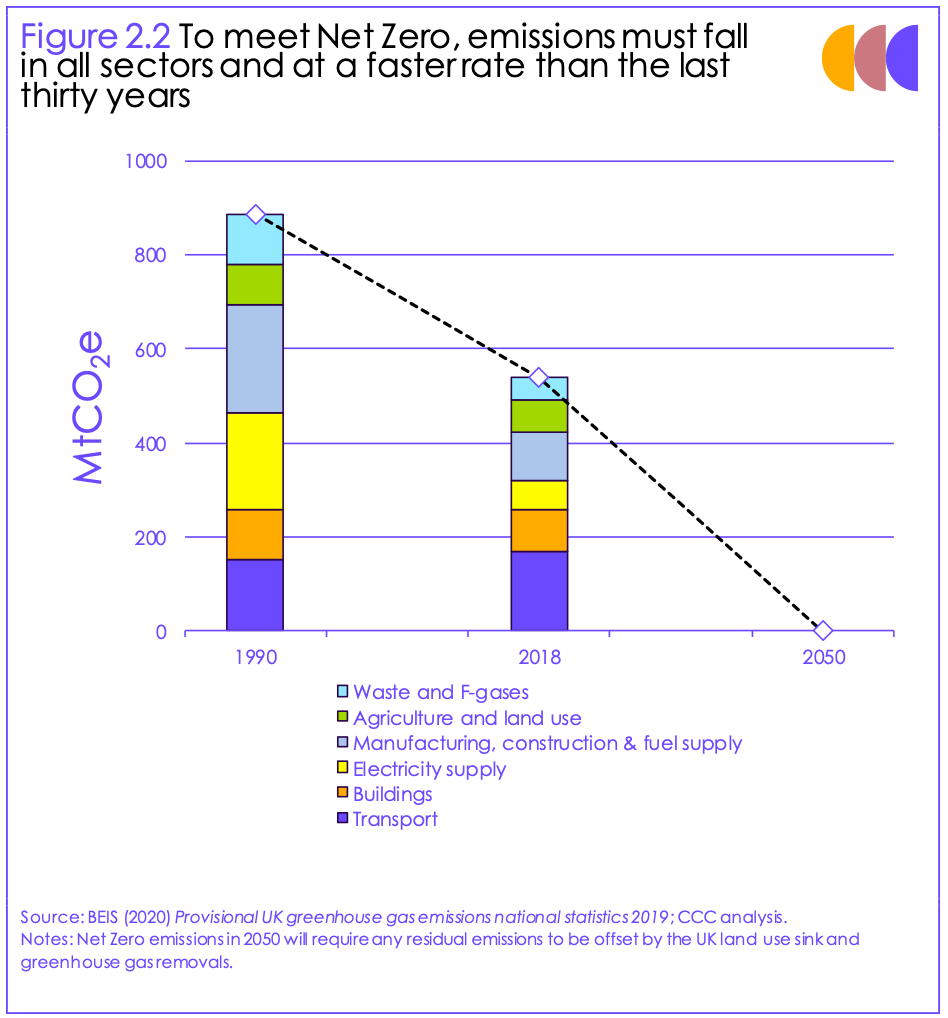 It will be impossible to achieve this and still deliver the nearly 3 million additional homes that Government now claims we need in that same period, without an absolute transformation of how new communities are built, how they function, and whether their residents are able to live their lives sustainably.  New developments not only need to be inherently zero-carbon from the outset, they must, wherever possible, make a meaningful contribution to reducing emissions from existing development around them, e.g. by generating more energy than they use on site.

But the Planning Bill looks to continue the trajectory of planning de-regulation and developer control that we have seen for the last decade; a system where planning is about delivering housing units, and not about genuine ‘place-making’.

Our coalition response proposed that, to overcome this disconnect between what we need for a sustainable future, and what the development industry will likely deliver in a de-regulated system, Government should make one vital change when they bring the Planning Bill forward – they should use this opportunity to bind together the Town & Country Planning Act and the Climate Change Act, thus ensuring that climate change becomes the pre-eminent policy test in planning, with carbon reduction first amongst equals of material considerations in the planning process. Almost immediately, this would have the effect of driving a very different approach to settlement design, layout, and the very principles of placemaking.

Why does this matter to local planning authorities?

Many of us serve districts that have suffered from increasing ‘bolt-on’ development over the past 10-15 years. The planning system has already been substantially de-regulated, Building Regulations have failed to keep pace with the realities of the climate emergency, and Planning Authorities must slavishly demonstrate a 5-year land supply for housing. Most will try to locate this in ‘sustainable’ locations (i.e. where there is access to some services such as shops, schools and GP surgeries).  But the reality is that developer viability challenges mean that these developments are seldom genuinely well-connected to the existing settlement, and a culture of car-dependency is soon baked in. Time and again, such ‘bolt-on’ developments lack enough funding for active transport infrastructure, lack sufficient density to support additional public and active travel investment, and are built to out-of-date standards on buildings energy efficiency.

And the legacy is there to see - developer-led master-planning seldom results in sustainable outcomes. A 2018 study by the ‘Transport for New Homes’ campaign analysed 20 recent garden villages and garden town developments, and showed that all of them would end up dominated by private car use, generating an extra 200,000 car-dependent households between them!

Without significantly tighter building regulations on buildings energy use, a radical re-think about what ‘beauty’ means in a changing climate, and a complete overhaul to transport infrastructure funding, the proposed new planning system will result in more of the same. We don’t have time for more carbon-intensive new developments when we must retrofit the millions of homes we already have.

What can local authorities do?

The Planning Bill will be the most radical change to the planning system for 70 years. Local Councils should familiarise themselves with the White Paper, and track the Bill as it comes before Parliament. Begin and maintain a dialogue with your MP to ask for reassurances on a range of issues. Ask them to use their time in the forthcoming Parliamentary debates to ask how the new planning system will ensure zero-carbon homes are built, how it will eliminate car-dependency, how it will drive a wider societal shift to a zero-carbon future. Most importantly, ask them to demand that the Planning Bill and the Climate Change Bill are bound together to make climate change a pre-eminent test in planning.

Based on the White Paper’s proposals, the planning system is in real danger of becoming an enabler of the climate crisis, rather than a part of the solution. And as planning authorities, regardless of political affiliations, I feel sure that none of us want to be part of that.

Rachel Coxcoon is Director of ClimateGuide, a consultancy specialising in Climate Emergency strategic support for local government, and is Cabinet Member for Climate Change and Forward Planning at Cotswold District Council.