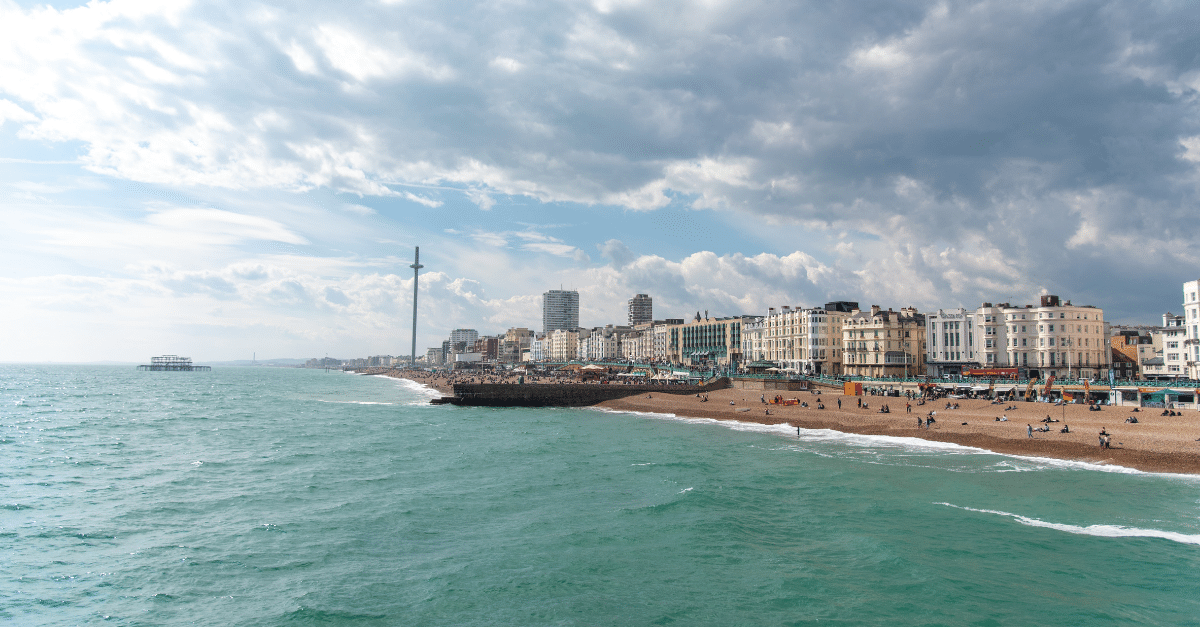 Local Powers
Cllr Phélim Mac Cafferty, Leader of Brighton & Hove City Council, explores why all eyes are on global leaders to deliver on climate promises at COP26, and why local government's role at the summit is critical

With extreme weather events on the rise across the globe, here in the UK as I type, hospitals and tube stations in London are immobilised through flash floods, scenes mirrored in Germany, India and China. Deadly ‘heat domes’ scorch Canada and the USA. All countries are subject to the devastating effects of climate breakdown and fine words will not protect local communities, only affirmative action will.

Worryingly, against this stark backdrop, there are still doubts about the efficacy of the climate talks. With the last conference, COP25, labelled a ‘cop out’ and growing concerns about the slow pace of climate action, it’s clear to see why there is scepticism about what will be achieved this year. This is in part why I successfully won a proposal to the Local Government Association (LGA) Conference arguing that it’s vital local councils and communities are given a greater role in this year’s climate talks.

Since 2018, almost three in four local councils have declared a climate and biodiversity emergency, while almost 40% of councils have agreed to bring down carbon emissions to Net Zero on or before 2030, sooner than government targets. Local councils are grasping the problem of how to achieve climate targets while securing a positive future for communities at the same time.

It’s vital this progress and innovation is recognised by global leaders seeking to determine what happens next. Council leadership on climate change proves that solutions can be found that work for, and with, our communities. While national talks are often bound up in hesitancy to take bold steps, across the country councils are leading the way.

“The fact that councils are leading this work, despite only accounting for around 3% of national carbon emissions, demonstrates bold motivation to do what is right for our communities, not just what is ‘politically safe.’”

In my own council of Brighton & Hove, our city’s climate assembly and flagship youth assembly placed our communities at the heart of a strategy to steer us out of the crisis. We now have an action plan setting out the steps to drastically reduce emissions by 2030 in energy, housing, waste, transport and food.

Innovation also abounds. Together with the local enterprise partnership, our region is exploring the potential of hydrogen as a source of cleaner energy and restoring the kelp farm. Community energy companies are installing solar on the rooftops of schools and nurseries. We’re investing £5.2m in insulating our council housing, creating jobs, reducing our carbon footprint and alleviating fuel poverty.

As we’ve seen throughout the pandemic, communities are responding to the problem of food poverty through projects that tackle food waste, working with local restaurants to turn surplus food into a healthy meal for residents on low incomes, with Brighton & Hove awarded ‘gold’ food status for this work.

With the LGA calculating that nearly 700,000 jobs could be created in England by 2030, as we emerge from the pandemic, adequately responding to climate change is a historic opportunity to create a more equal future, working with universities and colleges investing in skills and jobs.

The fact that councils are leading this work, despite only accounting for around 3% of national carbon emissions, demonstrates bold motivation to do what is right for our communities, not just what is ‘politically safe.’

11 November will now be local government day at COP26 to discuss its role in tackling climate change. But while local government is often the catalyst for climate action, national government still holds the purse strings. A damning report from the National Audit Office (NAO) has found that the UK government has yet to determine how to engage with local councils on Net Zero, or what role councils should play, with less than nine years to go to 2030.

“Local government has a compelling offer and track record for these critical climate talks and councils deserve support from national government to deliver ambitious plans. So ahead of COP26, let’s make sure this time we are heard.”

It also highlights that local councils need spending power to decarbonise and with council budgets cut each year, this is a massive challenge. The NAO has unsurprisingly found that it is failed policy from national government, weak engagement with local councils and piecemeal funding that act as the biggest barriers to tackle climate change.

Recent climate summits have ignored the role local councils play in shaping action to achieve Net Zero. But if global leaders are serious about achieving climate targets, local action must factor in plans to achieve climate targets. The run up to the conference offers local communities a fitting context in which to engage and we must demand stronger commitments from national leaders to support local change.

Local government has a compelling offer and track record for these critical climate talks and councils deserve support from national government to deliver ambitious plans. So ahead of COP26, let’s make sure this time we are heard.

Tackling the climate emergency – the time is now