What we did at COP26 and the summit's key outcomes 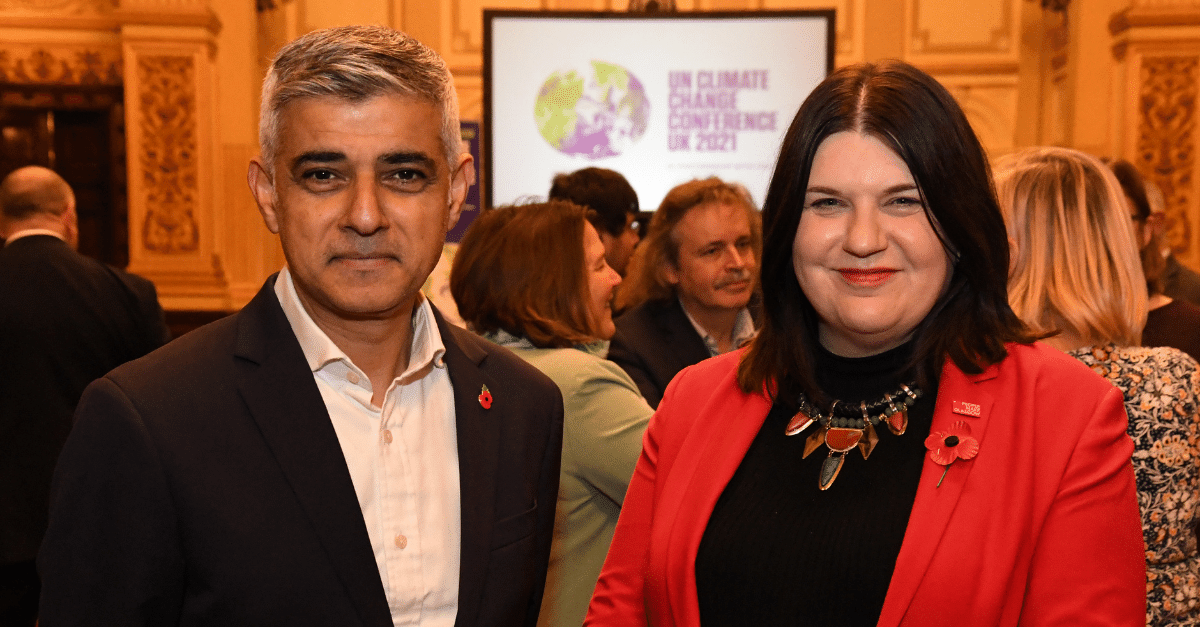 Local Powers
Our Network Programme Manager Talia Berriman reports back on what we got up to at COP26, and explores the summit's key outcomes.

After two years of pandemic-induced delays, UK100 ensured that UK local leaders were present in Glasgow for the UN Climate Summit, COP26.

At Mackintosh at the Willow in Glasgow City Centre, we hosted our members and key stakeholders at our Local Leadership Lounge for three days of events, knowledge sharing and networking.

This venue has historic significance as one of the first places in Scotland for women to meet outside of the family home without being chaperoned and freely discuss politics and civil rights.

At the UK Presidency Pavilion in the Blue Zone on 11 November, we launched our report, ‘Accelerating climate action: The role of in-country local leadership networks in delivering Net Zero’ on Cities, Regions and Built Environment Day.

The report explores the crucial role that local leadership networks from across the globe play in increasing ambition and enabling action and delivery of Net Zero. You can watch the recording of the launch event below.

We also hosted a UK Local Leaders' Reception alongside UK100 Co-chair Cllr Susan Aitken, Leader of Glasgow City Council. Over 80 mayors and local leaders from across the UK gathered to share their commitment to reaching Net Zero.

At the summit itself, delegates were busy negotiating a new global agreement, the Glasgow Climate Pact. The outcomes from COP26 are far from perfect, but on the whole, we are moving in a positive direction.

One year later than originally planned due to the pandemic, COP26 finally took place in Glasgow. Despite issues with logistics and accessibility, we now have the agreed Glasgow Climate Pact. It sets out how governments move from the targets set out in the Paris Agreement to implementation and delivery.

2. The Paris ‘rulebook’ is finalised

The rulebook details the tools and processes needed to implement the Paris Agreement. Long-debated clauses on transparency, carbon markets, finance and common timeframes, that were left unfinished from COP25 in Madrid (2019), have now been agreed.

3. There has been progress on the global emissions trajectory

Before COP26, the predicted global emissions trajectory by 2100 was 2.7°C; now, estimates lie between 1.8°C and 2.4°C. It is important to note that the lowest projection – 1.8°C – is based on pledges, rather than current levels of delivery. This is still a long way to go from averting the worst effects of climate change, but new commitments are more ambitious than before.

4. Countries are expected to increase national ambition to align with the Paris Agreement

Previously, countries were required to submit their Nationally Determined Contributions (NDCs) – national plans for reducing emissions – every five years. COP26 was always going to be pivotal, as it marked the end of the first five-year period since Paris.

Around a quarter of countries still haven’t published their new NDCs. So, these countries are now required to come back next year to update and increase their ambition to align with the Paris Agreement, and every year after this until their targets do align with a 1.5°C target (rather than the original five year timeframe).

There was also a clear recognition in the text that the next decade is crucial for action and for limiting the temperature rise to as close to 1.5°C as possible, and this included a global 45% reduction in emissions by 2030.

1. Coal: Fossil fuels and coal were explicitly mentioned in the text for the first time

The language, although watered down from the original ‘phase out’ to ‘phase down unabated coal and inefficient subsidies’, sends a strong market signal to the business and finance sectors who will be required to make the transition.

3. Cars: More countries sign up to phasing out polluting vehicles

The ‘COP26 declaration on accelerating the transition to 100% zero emission cars and vans’ was launched at Glasgow, in which 30 countries and six major vehicle manufacturers signed up to work towards 100% zero emission vehicle sales by 2035 in leading markets, and by 2040 globally.

This follows announcements by the UK Government earlier this year to ban the sale of polluting vehicles by 2030. In addition, many cities and regions signed the declaration, including Bristol, Wales and Scotland (link here).

4. Trees: World leaders pledges to end and reverse deforestation by 2030

They did this by signing the Glasgow Leaders’ Declaration on Forests and Land Use. 110 world leaders signed the declaration, covering around 85% of the world’s forest, notably including Brazil, and the pledge went beyond words, with £14bn of public and private finance committed.

If you're interested in the more detailed outcomes of COP26, you can read useful summaries here from the UK Presidency and Carbon Brief.

What’s clear is that COP26 delivered on many areas – new commitments were made, ambition was heightened, and global representatives were present despite the odds. However, there is still much work to be done to keep ‘1.5 alive’.