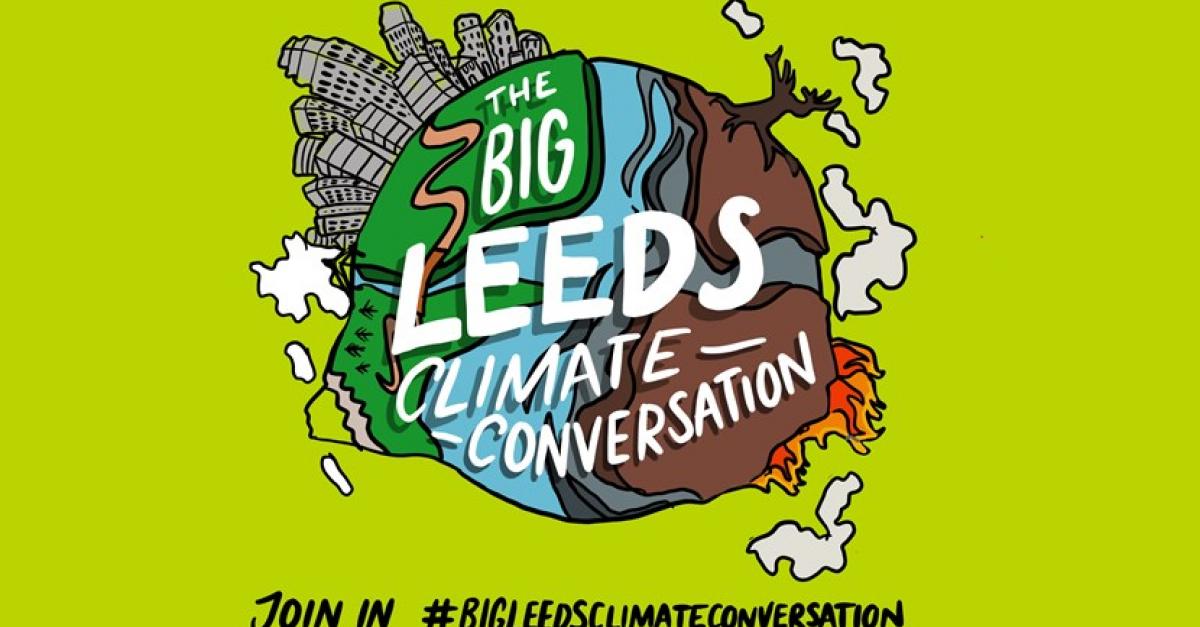 In order to take action on the climate emergency, we needed permission from the citizens of Leeds to make significant and substantial changes to the way our city works. It was essential that we give people a chance to learn, share their thoughts and suggest improvements. That meant facilitating a city-wide conversation that would give people the opportunity to learn, share and suggest how we move towards a Net Zero community.

Becoming a carbon-neutral city needs widespread support. According to the Worldwide Wildlife Fund for Nature (WWF), the average person in the UK is directly or indirectly responsible for around 13.5 tonnes of greenhouse gases every year; we need residents to be willing to make changes in their own lives alongside local government and businesses.

The Conversation tested public support for a number of bold ideas put forward by the council, including things like reducing the carbon footprint of school meals, investment in sustainable travel infrastructure, and introducing a mass tree-planting scheme.

Leeds City Council adopted three mixed-method approaches to give every community in Leeds the opportunity to engage with the Conversation.

1. Online: Residents were encouraged to complete a 15-minute online questionnaire about their climate beliefs, willingness to engage in pro-environmental behaviours and support for 11 different carbon-reducing proposals put forward by the council.

2. In person: Then council officers and volunteers consulted residents in a series of meetings and events held across the city, including Leeds West Indian Carnival, Light Night, Breeze events and Child Friendly Leeds Live. This meant not only that officers were able to collect more qualitative data from conversations but that many people voiced their opinions who might otherwise not have proactively engaged with the consultation.

3. Mixed: Finally, we collected more nuanced qualitative data via focus groups and workshops to learn more about public support for the ‘big ideas’ and individual behavioural change. All verbal, written or forum-based feedback was logged.

A notable part of the Conversation involved the setting up of a Leeds Climate Change Citizens’ Jury, which was funded and organised by the Leeds Climate Commission as part of a collective response to the Big Leeds Climate Conversation.The Jury’s members were selected by a process of random selection to represent a ‘mini public’ of Leeds (taking into account things like age, geography, ethnicity, disability and attitude towards climate change). They sat for nine sessions to discuss ‘What should Leeds do about the emergency of climate change?’

An Oversight Panel also worked to make sure that the jury process was fair and unbiased.

The 21 jurors made 12 recommendations to the city of Leeds last November following almost two months of evidence gathering and deliberations. The Jury’s recommendations included the public ownership of buses in Leeds, new green funding sources, a city-wide retrofitting programme for houses and a stop to the expansion of Leeds Bradford Airport.

The Conversation was held in Leeds from June to November 2019.

The Big Leeds Climate Conversation was promoted to a range of external and internal stakeholders including residents, businesses, environmental advocates and other council departments.

The Oversight Panel that ran alongside the Leeds Climate Change Citizens’ Jury was made up of a range of stakeholders, including representatives from the City Council, Leeds Climate Commission, Chamber of Commerce, Extinction Rebellion, Youth Strike and Racial Justice Network.

We had nearly 8,000 responses to the consultation, which were complemented by the recommendations brought forward by the citizens' jury. In their final session, jurors made 12 recommendations before voting anonymously for the top seven they felt best addressed the question.

The top seven most popular recommendations were:

3. Large-scale communication drive to emphasis the necessity for individual, community and business action to tackle climate change - including better education in schools

4. Explore a variety of funding sources and recommend a ‘carbon budget’ for everyone living in Leeds

7. Make all new housing as future-proofed as possible (i.e making them ‘smarter’ homes with adequate access to technology)

Following the public consultation, Leeds City Council approved plans to cut its carbon footprint by more than half by 2025. An overwhelming number of respondents in the Big Leeds Climate Conversation said that both businesses and public sector organisations have a responsibility to reduce their own carbon footprints and to make it easier for individuals to make environmentally friendly choices.

By purchasing electricity from renewable sources, the local authority is set to reduce its carbon footprint by more than 30,000 tonnes. The commitment will also support jobs in the UK’s growing low-carbon sector which employs more than 430,000 people nationwide. Electric vehicle usage within the council’s fleet will also be targeted to be doubled from its current 95 vehicles, as well as looking to reduce food-related emissions and improve the health of pupils within the education system. The council is now bringing forward an updated transport strategy, with a stronger commitment on improving and promoting sustainable travel.

The impact in terms of carbon emissions reduction of the recommendations from the Citizens’ Jury has also been incorporated into the new Net-Zero Roadmap for Leeds, to be published by the Leeds Climate Commission on 7 January 2021.

This conversation was designed to help us learn more about how engaged our community was when it comes to climate change. We found that the vast majority (97) agreed with the scientific consensus that the climate is changing and that the earth’s warming is due to human activity (93%). While nearly 85% agreed that they had a good knowledge about the causes and effects of climate change, a far smaller number (36%) of those who said they ‘strongly agreed’ - suggesting that there’s a gap in confidence.

Knowing what we know now, the Leeds by Example website has been set up to take over the reins. Since the consultation, the council has delivered or is planning to deliver several of the big ideas - from reducing the carbon footprint of school meals to delivering council-backed tree planting events and investing more heavily in e-bike trial schemes to help unlock take up of sustainable travel.

The Place-Based Climate Action Network has just released a report on how local decision-makers can enable climate action. Here are my five suggestions for empow

Learn how to disclose your emissions with CDP