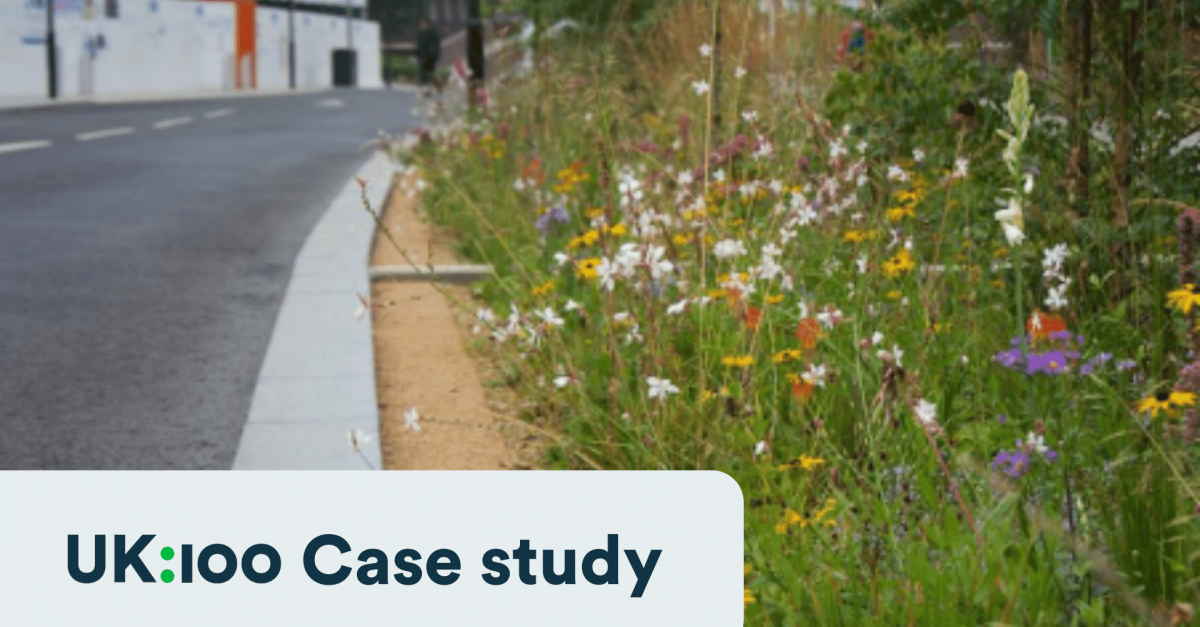 ‘I am excited to introduce Sheffield’s award-winning Grey to Green scheme. Through Grey to Green, we are bringing climate resilience, colour, and economic investment to inner-city Sheffield. The scheme has reduced traffic, increased biodiversity, and promoted healthy forms of travel. By reducing tarmacked space, we have created a calm refuge in an urban environment, an attractive place to work and play. The scheme was designed with climate change, wellbeing and economic investment in mind and demonstrates that this sort of liveable, sustainable city development should be the template for successful city renewal. It’s clear, Grey to Green is laying the foundations for a healthy, sustainable future for this part of Sheffield.’

Grey to Green is a key strategic component in the regeneration of Sheffield’s city centre, intended to transform the Riverside Business District and create a more attractive environment within which to live and work and attract investment. The gardens, which function as Sustainable Drainage Systems (SuDS), feature gathering spaces, sculptures, and generous footpaths. These elements establish a definitive sense of place and mark this area out as a distinctive and desirable business address.

The Riverside, West Bar and Castlegate areas of Sheffield City Centre in which the scheme is situated, was once dominated by an unattractive dual carriageway and complex junctions severing areas of townscape. The completion of the new inner relief road in 2008 diverted much of the traffic away from the Riverside, providing the opportunity for repurposing of this area.

Parts of Sheffield and the areas downstream are at high flood risk. This is exacerbated by the compounding effects of climate change and urbanisation increasing surface water runoff.

The Council’s intention was to forge a distinctive townscape from the redundant highways, making full use of the generous spaces available to introduce new activities and a very different type of environment that would soften the surrounding architecture.

The Grey to Green scheme has created a 1.3km green corridor that combines active travel infrastructure, public art and sustainable drainage. It has transformed a previously unattractive area into an appealing route through the city and a growing business location. The project was approved in 2014 and completed in two phases, with the second phase being completed in 2022.

A central tenet of the approach was to place Sustainable Urban Drainage Systems (SuDS) at the heart of the scheme.  SuDS absorb rainwater and return it back to rivers in a way that mimics nature. The absorption and slow release help reduce flood risk and cools the city during hot periods. The swales also help to filter out pollutants from surface water, improving the water quality and health of downstream rivers. The Grey to Green scheme embraces the SuDS function, with the engineering and mixture of plants used in the swales setting the character and establishing the identity of the area.

The location and scale of the new green landscape was influenced by numerous factors including the provision for bus, pedestrian and cyclist movement and the need to create spaces for the working, living, and visiting communities. This, combined with the levels of the highway and known service locations, created the spatial framework for how the SuDS would be designed and what it could deliver in terms of hydraulic benefits. It was not a case of setting standards, for example discharge rates, rather a case of working with the environment to see how it can maximise benefits whilst making a safe and attractive environment.

The shallow swale is formed using engineered soils made from recycled compost and glass mixed with crushed sandstone and low proportions of loam. This is planted with a diverse mix of open dry and wet perennial planting and mulched with crushed sandstone. Carrying on a strong tradition of city centre horticulture, this was intended to provide a long range of seasonal interest as well as an opportunity for wildlife.

SuDS principles are used to manage surface water with it being captured, treated at source, controlled, and conveyed on or near the surface, providing an opportunity for water to be part of the landscape. The scheme manages flows from the new paved pedestrian/cycle surfaces as well as half of the highway (service depths made it difficult to re-profile the whole highway). Runoff is collected via simple over-edge flush kerbs into a swale running the length of the scheme.

There are 25 check dams which provide the containment of flows alongside the swale, with provision for below ground control through protected orifices, as well as above ground weirs providing for connectivity down through the system. Everyday flows remain within the growing media with water that is not infiltrated passed to the next cell via a draw down system consisting of a collection of perforated pipes, control chambers and subsequent perforated distributor pipes. Overtopping of the check dams is also controlled with slot weirs and horizontal cut-outs with extreme events being able to overtop the whole dam width which was set just below highway level.

Within the swales a crushed stone mulch absorbs energy from the runoff and allows sediments to be deposited along the road length, reducing the likelihood of localised accumulation, and allowing the natural breakdown of pollutants (e.g. hydrocarbons). The system is largely unlined and while there were some areas of clay visibly holding water during construction, there will be some losses through infiltration. It is expected water treatment processes will occur on the surface as well as within the actual growing media.

Flows out of the system are via domed inlets to ensure reduced risk of blockage. These redirected, controlled and cleaned flows to the river Don are taken away from the combined sewer.

Phase 1 of the project cost around £3.6m. It was funded by South Yorkshire Mayoral Combined Authority (previously Sheffield City Region), the European Regional Development Fund and Sheffield City Council, with a small contribution from the Canal and Rivers Trust.

The development of this scheme has led to an on-balance reduction in maintenance costs associated with removing bituminous surfacing, gulleys, and traffic management equipment and replacing them with landscape.

Work with the highways maintenance client and contractor, Amey, concluded that the drainage function of the SuDS landscape combined with the unimpeded run-off of flow into the landscaped SuDS areas was of very low risk and required low maintenance input.  Three years of regular establishment maintenance through a specialist local contractor ensures the scheme maintains a high standard. After this period, maintenance can reduce to one cut per year, which will keep costs down.

The principle of an environmental scheme within the masterplan was established in 2010. However, it was a funding opportunity that galvanised the city regeneration team into action and delivery. The strong experience of the Council’s Regeneration team meant that a strong Client led team was assembled quickly, which included design (both highway and landscape) and the drainage officer from the Council.  A history of collaboration with highway designers now employed by Amey consulting (Amey are also the highway maintenance contractor under a Private Finance Initiative) meant a scheme was able to be assembled quickly. A lack of SuDS experience was addressed through employing SuDS designers Robert Bray Associates to provide close design supervision and modelling input from Anthony McCloy Associates. The innovative perennial planting design was supported by advice from Professor Nigel Dunnett at the University of Sheffield Landscape Department.

The Client for the scheme co-ordinated a period of consultation, where local business and residents were informed of the concept design and the plans for the area, following concerns on the poor quality of environment and lack of social space. The project was developed through regular contact with the Riverside Business Association (Phase 1) and the Castlegate Partnership (Phase 2) with attendance at meetings and public exhibitions, enabling many of the difficulties associated with congestion and diversions that arose during the construction phase to be addressed in an established forum. A list of stakeholders was compiled by the Client of the scheme, and a regular newsletter was sent out to all occupiers as well as stakeholders and those who participated in the consultation.

The project was funded by the South Yorkshire Mayoral Combined Authority (SYMCA, previously Sheffield City Region), The European Regional Development Fund and Sheffield City Council (SCC). The interaction with the SYMCA was coordinated by the project Client, who submitted claims and Highlight Reports to satisfy the requirements of the funding agreement between SYMCA and SCC.

A project of this size had to go through the Council’s Gateway approval process, and it needed sign off from the Cabinet Member of Transport (for all the highway changes required) as well as the Cabinet Member for Regeneration. A period of formal consultation was undertaken for both Grey to Green Phase 1 (West Bar/ Bridge St/ Snig Hill) and Grey to Green Phase 2 (Exchange Place/Castlegate (the street)/ Snig Hill as well as Angel St).

Phase 1, around West Bar, Bridge Street and Snig Hill, was approved in 2014 and completed in summer 2016.

Phase 2, around Exchange Place, Castlegate (the street) and Snig Hill, was approved in 2019 and largely completed in summer 2020. The last element of the scheme on Angel Street went to site in August 2021 and was completed in spring 2022.

Heat island effects are currently being monitored but early signs are showing positive reductions to the ambient temperatures for the surrounding area compared to the almost one hundred percent coverage of bitmac surface prior to the scheme starting.

A series of new habitats have been created from this low base, with both soil and plant-based communities. The species diversity and length of flowering times of the bulbs and perennials mean that insect pollinators have a good source of nectar throughout the year. The linear nature and degree of plant cover, including 40 semi-mature trees, provides a near continuous corridor which will connect with the river Don in future phases. A bio-diversity study commissioned from ecology consultancy ECUS has confirmed that in phase 2, biodiversity has increased in the area (comparison before and after) by nearly 500%.

Close working with Council Highways allowed fears over the design approach to be addressed, for example achieving the flush kerb edge to the highway.

Despite site investigation work, the precise nature and location of utilities and services could not be fully determined before excavations began. Design teams needed to remain flexible to incorporate such constraints, for example a very high voltage cable required design changes through the scheme delivery.

For this project, it was beneficial to have a cooperative team of in-house designers with a strong stake in the success of the city, as they had a willingness to explore an innovative approach to the public realm and the highway environment and to take what could be perceived by others as risks.

A significant lesson learnt was the importance of a strong client led team to coordinate the internal and external process and funding as well as coordinate external engagement in such complex schemes.

The Grey to Green principle is based on narrowing what was considered ‘redundant’ highway and recreating the space for SuDS/ planted areas and active travel routes. There was an initial opposition from nearby businesses. However, details modelling on how the new road arrangements would work and the added benefits of the scheme in terms of the improved setting for the businesses, won the argument.

The success of this phase of the project has now encouraged future phases and given confidence to the city that this approach should be developed further.

The Grey to Green project has been recognised nationally and internationally as an example of best practice in retro-fitted SuDS and regeneration, both economic and environmental. SCC has taken the Grey Green principle and extended it beyond Phases 1 and 2 into the Heart of the City, Transforming Cities schemes and the Future High Street Fund around Fargate.

A future Grey to Green Phase 3 is being considered around the Waingate/Haymarket/Exchange St and Castle St part of Castlegate, around the Castle Site (to be regenerated with Levelling Up Funding in 2023/24) 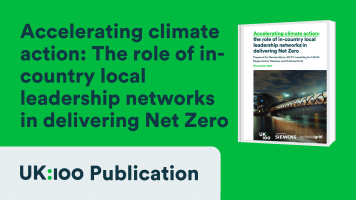 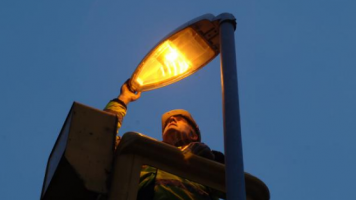