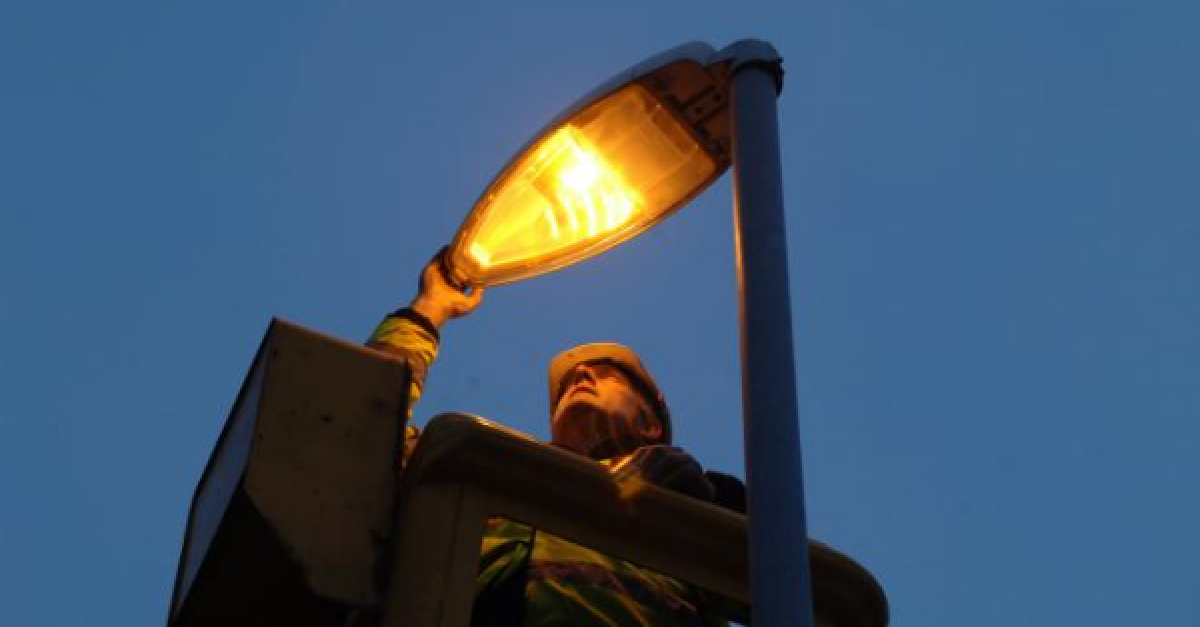 Street lighting is an essential feature of every urban area, but there are issues with the ways we light our streets and roads. Light pollution disturbs wildlife and residents, standard lighting can be costly to run and they come with big carbon footprints.

The amount the council was spending on lighting the streets prior to installation had doubled in 10 years because of rising energy costs.

Four years ago, work began to replace the traditional street lights with LED street lights  These new lights are controlled by a central management system that provides flexibility in how lighting is provided, particularly with switch on & off times and variable light intensity to suit traffic conditions.  It also means that they can be turned on temporarily during the evening to help emergency services at incident scenes or to dim/brighten lights if needed.  The central management system also reports faults, thus eliminating the need for night-time visual inspections.

As well as reduced energy bills, the durability and reliability of LED street lights is significantly better than that of traditional street lights, thus reducing maintenance costs.

The work on the project began in February 2016 and involved replacing existing street lights, de-illuminating bollards and removing some unnecessary highway sign lighting.  By March 2018, all the LED lights had been installed and the majority of the other work had been completed.

The funding for the project came from a combination of Council reserves, as an ‘invest to save’ project, and Department for Transport (DfT) funding. The split was about 70% funded from LCC and 30% DfT.

This lighting scheme has and will continue to contribute to the County Council’s commitment to achieving carbon neutrality by 2030.

It is worth pointing out that the carbon savings are greater than the energy savings because of the way the carbon used per kW is calculated. As more green energy comes online, the amount of carbon used to produce a kW of energy reduces. Over the past five years, the carbon conversion factor has almost halved, giving greater carbon savings.

The carbon saving of 6,747 tonnes is the equivalent of taking 1,458 cars off the road for one year.

At today’s energy rates, the switch to LED lights has produced an annual saving of around £1.7 million per annum.

This project is an example of making changes that will benefit our community economically, socially and sustainably for years to come. The investment made in switching to LED lighting is already saving a considerable amount of emissions and money - the legacy of which we hope will be obvious.

The technology is readily available too, so this is a highly replicable project for other local authorities.

State of the Network Report