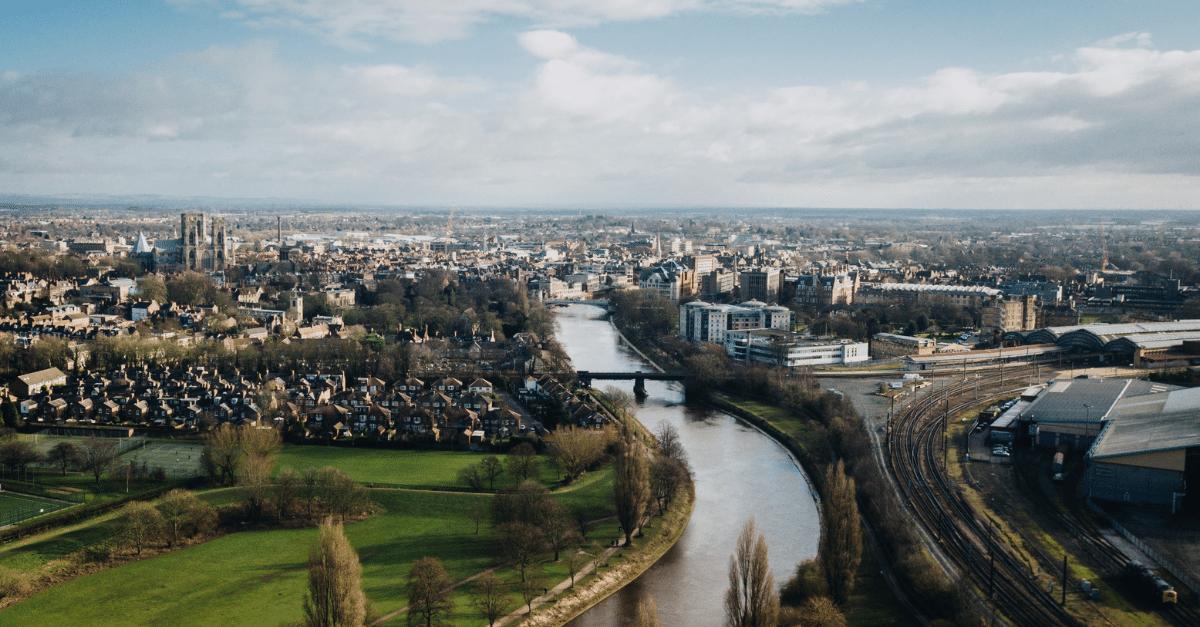 As part of our commitment to improving air quality, the City of York Council has committed to declaring 'Air Quality Management Areas (AQMAs)' in areas where air pollution exceeds health-based targets. We have declared three AQMAs in the city, requiring action to be taken. Part of that action involved looking at how people are able to move around the city. The council’s transport policy initially focussed on sustainable travel - namely walking, cycling and public transport - however, it was found that older diesel buses were a disproportionate contributor to poor air quality in the city centre and elsewhere in York.

We came up with the idea for the UK’s first holistic Low Emission Strategy in 2012 to ensure both air pollution and carbon emissions were reduced at the same time. This led to a series of measures in the form of an air quality action plan - the most important of which was a bus-based Clean Air Zone in York city centre. The plan was to phase out older diesel buses in favour of ultra low emission buses that were either fully electric or fuelled by Euro 6 diesel (which emits 50% less nitrogen oxide into the atmosphere) than standard fuel.

Rather than use expensive cameras, a Traffic Regulation Order was agreed by the Traffic Commissioner banning older diesels from the city centre. Since most buses had a city centre destination, this move also saw a reduction in emissions across the whole of York.

We have 33 electric buses (21 of which are new double deckers), which are currently serving park and ride routes, as well as some others. Because of the suspension of the P&R to Poppleton, there are some ‘free’ electric buses; we have agreed with bus company First that they can use them on non P&R routes.

All regular city centre buses are now electric or run on Euro 6 diesel. The CAZ was fully in place by 31 January 2021 after a 12-month “sunset” period which allowed suppliers to complete orders.

The project was conceived by my team, with support from transport colleagues and others. Reservations from the bus industry were overcome by working together.

We applied for Council funding and grants from DEFRA and DfT to assist with the purchasing of new electric buses and the retrofitting of older diesel models. The City of York Council gave £1.65m to five bus operators to help replace/retrofit 93 buses to CAZ compliant standards. £240k of this was from AQ Grant which went towards retrofitting 12 buses; match funding of approximately £120k was offered by operators as part of the bid to retrofit additional vehicles.  £3.3m from DfT’s Low Emission Bus Scheme was used to support the delivery of fully electric buses and charging infrastructure at York’s Park and Ride sites.

Electric buses that now operate on most of the major routes have zero tailpipe emissions.

Over the course of the project, all of the Air Quality Management Areas - bar the city centre - have seen such significant improvements in their air quality that they no longer qualify to be part of the scheme. It has been predicted that York will meet its air quality target for all pollutants by 2021.

It’s not just that these buses are better for air quality; clean, reliable and modern, they’re also WiFi-enabled meaning that visitors and residents have access to public transport fit for 21st-century life. The environmental improvements will also go towards improving the health of the people of York.

Given the fact that York is a small, compact and very flat city, it’s ideal for electric transport. Similar cities could reap the benefits that we have.

All buses that enter the CAZ five or more times a day must either be electric or diesel Euro VI. As such, of all of the buses operating across York, we estimate that 90-95% are now electric or Euro VI.

Over the course of this project, certain key factors have been identified as being crucial to its success. Other LAs looking to overhaul their public transport offerings might find it useful to implement the following recommendations:

We also found that the fact the CAZ project proposal was part of a wider Air Quality Action Plan and Low Emission Strategy was really important in helping to reduce emissions from all sources in the area.