Why COP26 still matters for local government in 2022 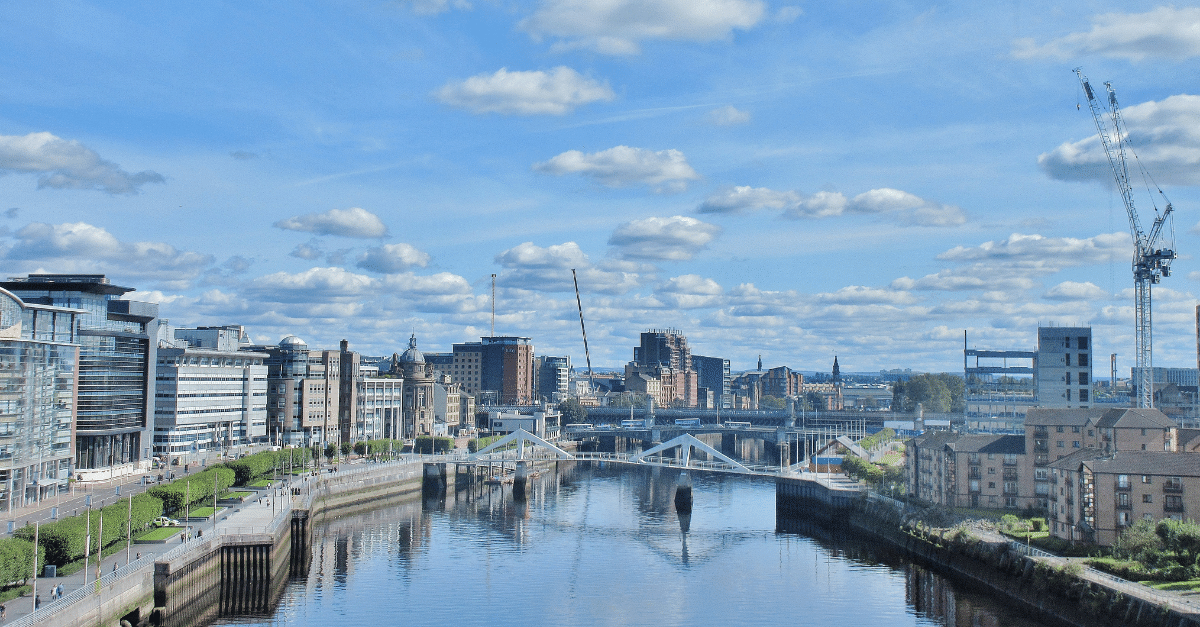 Local Powers
So near to Christmas the last thing you want to do is read another COP26 blog, but here's why it still matters. Our Network Membership Director Christopher Hammond explores what COP26 means for local government in 2022.

The UK’s presidency is a year long, not just a glitzy two week conference in Glasgow – although the big lit up globe was great. It’s worth remembering that this is the only time we’ve ever held the presidency in 26 COPs, so although the media circus may have moved on to focus on new threats, our collective resolve to deliver needs to remain resolute as we head into 2022.

The next few weeks the country will head into the Christmas holidays, with headlines and news reports filled with the danger of the Omicron variant and the tsunami of infections. Not the cheeriest run-in to the festive season, with 2021’s Christmas ‘must have’ being a Pfizer booster jab!

The necessity of a global approach to the pandemic and parallels in tackling the climate crisis is apparent. These points were well articulated at the numerous events I chaired in Glasgow a month ago as UK100 facilitated discussions with local leaders from around the world and pledges were made to address the climate crisis.

Despite the general conference outcomes not keeping us on track to limiting the rise to 1.5C, there was steady progress towards global Net Zero. Crucially, this includes progress on recognising cities, regions and local governments as crucial agents of change.

Local government’s role in reaching Net Zero has never been more explicit. The final text of the Glasgow Climate Pact mentions ‘the need for multilevel and collaborative action’ for reaching the Paris Agreement – something that our sector and UK100 have been pushing for years.

In the UK, there is an emerging national consensus that Net Zero can’t be delivered by Whitehall alone. The government has seen that local political leadership can deliver the change we need, whilst dealing with ambiguity, whilst needing to be agile and at pace – proven time and time again during your response during the pandemic.

Reaching the UK’s climate targets can only be achieved by supporting robust, consistent and ambitious delivery on a local level. Not only do councils have control over their direct emissions – their estate, buildings, fleets and social housing, but they influence the emissions of the wider area.

In the Net Zero Strategy the government recognised that central and local government will need to work closely together to deliver net zero, with an estimate that of all UK emissions, 82% are within the scope of influence of local authorities.

So as we move into 2022, after an abundance of mince pies, nut roast and wine, what is next for local government as we gear up from declaration into delivery?

With ‘multilevel and collaborative action’ in the text, the role of local government is officially recognised by the United Nations Framework Convention on Climate Change as necessary for meeting the Paris Agreement and reaching Net Zero.

This means that local leaders can demand that the national government work with them closely on delivery and advocate for more powers, funding, and resources to reach their Net Zero targets locally.

Similarly, local leaders in the UK should lead by example, ensuring they have set ambitious Net Zero targets, which are Paris-aligned at an absolute minimum. These are known as ‘science-based targets’ (SBTs). But reaching Net Zero goes beyond targets – we need to build long-term pipelines and provide certainty to leverage immediate momentum towards delivery.

The time for debate is over. This is the crucial decade, and local leaders need to act now. Councils are doing a lot, but not enough. We need to see robust action plans and clear paths for delivery, leading by example and galvanising your communities to join the race.

The UK Presidency of COP officially started in Glasgow and will continue until COP27 in Egypt. Pressure is being put on the UK government to leverage its presidency through continued international diplomacy, raising the ambition of other parties such as Brazil and Australia, who have elections next year.

Local government in the UK could show the same level of leadership: revisiting the concept of twinning for the 21st century. Rather than jollies with our European neighbours, we could look at forging climate partnerships focused on developing shared solutions, exchanging ideas and acting as a critical friend for our Net Zero action. Technology has made this possible, easy and impactful in a way we couldn’t have dreamed of before.

UK100 can help facilitate these international connections. We’ve worked closely with the Cabinet Office and the Foreign, Commonwealth and Development Office, in addition to global networks such as C40 and ICLEI, to provide knowledge-sharing opportunities to our network of mayors and local leaders.

COP26 was a step forward, but what local leaders do in city and town halls over the next year will either realise that ambition or see it fall short. Our ability to remain focused on maximising the presidency of COP for the year ahead is already being tested.

Dealing with one emergency is hard enough. To remain focused while dealing with two is the disciplined leadership we need. Whatever happens in 2022, the future hinges on what happens locally.

What we did at COP26 and the summit's key outcomes

We must take urgent, meaningful action and councils have to be at the forefront of delivering the Net Zero agenda